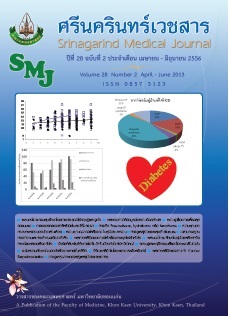 Background and Objectives: Forensic physicians provide both medical care and forensic consultations for medico-legal evidence. This study aimed to determine the numbers of various parameters in medical jurisprudence such as gender, age, types of trauma and medical reports as well as to provide descriptive data on medico-legal findings for justice processes.

Methods: Retrospective case study and descriptive analysis of the patients who were registered at medico-legal clinic, department of forensic medicine, Srinagarind Hospital from May 2005 until May 2009.