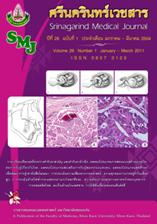 Background and objective : Transcranial direct current stimulation (tDCS) was a neurophysiologic technique using weak electrical currents (1-2 mA) to modulate the activity of neurons in the brain. It was discovered in the 1,800, and then reintroduced by the reasonably well-controlled experiments 12 years ago. They suggested that electrodes placed on the head can produce noticeable neurological changes depended on the current direction. This study aims to review a basic technique of the instrument, mechanism of action, and application in clinical researches of tDCS.

Results: The basic technique of the instrument, mechanism of action, application in clinical researches such as stroke, pain syndrome, and craving; safety, side effect, and precaution of tDCS are described.

Conclusion: tDCS study is rapidly increasing and accepted as a noninvasive technique. It’s easy to use and safe. And for the date, the outcomes of tDCS in clinical researches are preferable with very little side effects.