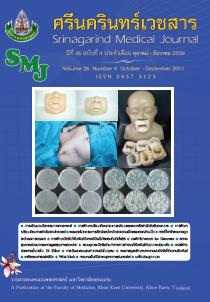 Backgroud and Objective: Many methods were used for air purification to prevent the spreading or to control microorganisms. Ion generator is a new technology to split the airborne molecules of water into positively (H+) and negatively (O2-) charges. In this study, the bacterial and fungal killing efficacy of ion generator (IG) was evaluated against 5 bacteria and 5 fungi including Streptococcus pneumoniae, Bacillus subtilis, Escherichia coli, Pseudomanas aeruginosa, Burkholderia pseudomallei, Candida albicans, Aspergillus fumigatus, Rhizopus sp, Pennicillium sp and Microsporum sp.

Methods: The experiments were done in a plexi glass chamber (size of 100 x 50 x 50 cm). Plates containing approximately 102 CFU of each bacteria or fungal strains were left opened in the chamber or five milliliters of 104-108 CFU/ml of the bacteria or 103-104 CFU/ml of fungi, one at a time, were sprayed into the chamber and evaluated the killing efficiency of IG after 30, 60 and 120 min operation time. The efficacy of IG was also evaluated in the atmosphere of two microbiology rooms with the size of 22-24 m2 high 3 m.

Conclusion: The IG was found to have no effect on bacteria or fungi that grown on agar plates but it can be used efficiently to kill bacteria and fungi in the air within 30 min of operation but the fungi were found to be less susceptible.