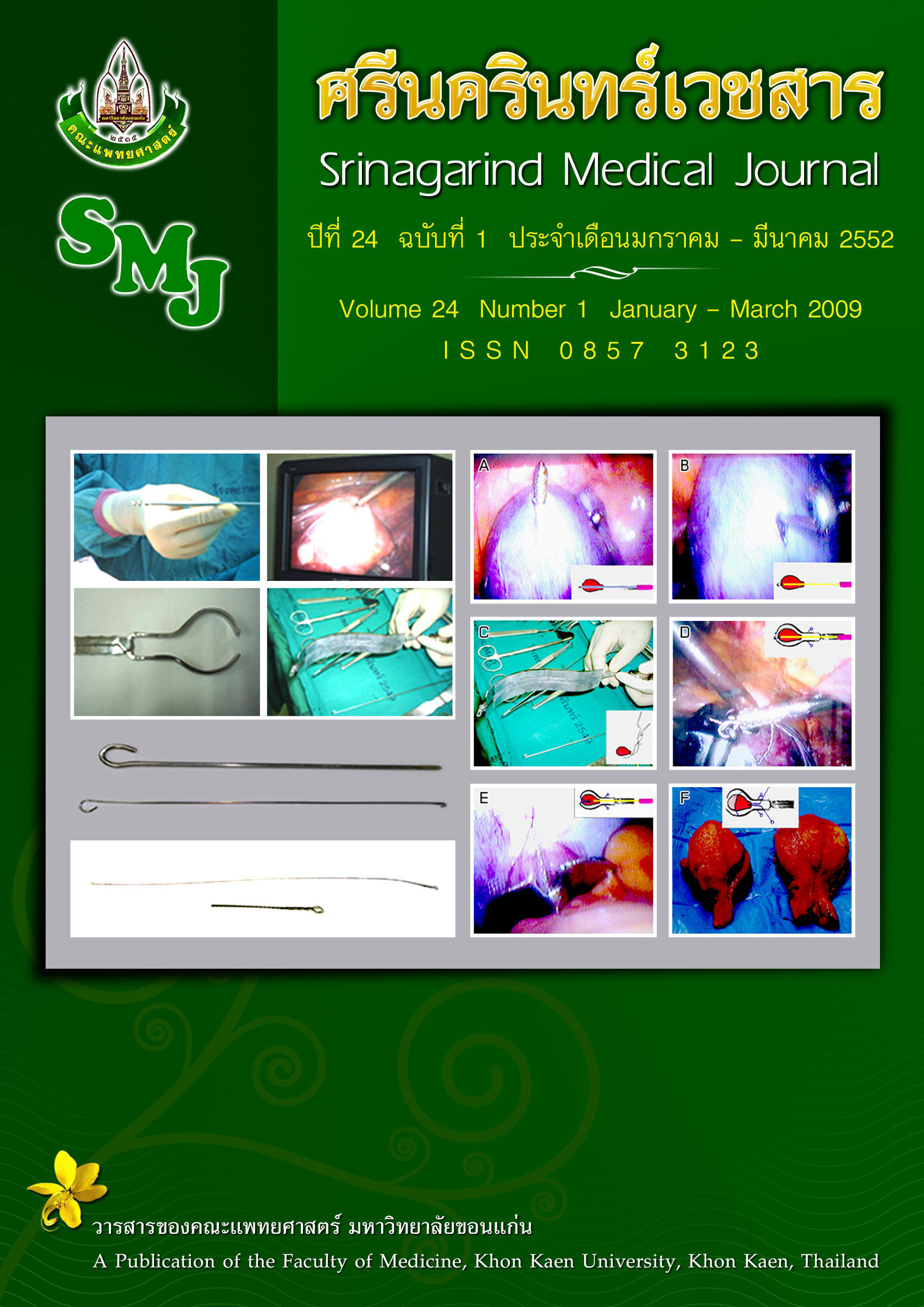 Background: In Thailand from the past until now we saw that Thai students usually carry huge bags to school exceeding the recommended bag weight of less than 10% of body weight. This overloading adversely affects health of students.  The issue has become of public interest for a while, but no follow-up studies have been done. Therefore, we are motivated to conduct such a research in Khon Kaen.

Objectives: To study 1) proportion of students with bag weight exceeding the recommended weight at the Khon Kaen University primary demonstration school   2) the factors related to the excessive bag weight.

Tools: A calibrated digital weighing scale, an interviewed questionnaire and direct observation were applied to collect the data.

Conclusion: The problem of overloaded school bags is still existed. Eighty one per cent of the students carried school bags that weighted exceeding the recommended weight. Girls tended to carry heavier bag than boys. Wheeled bags were associated with the excessive weight. Safety and long term health effects of using heavy school bags should be studied in the future.