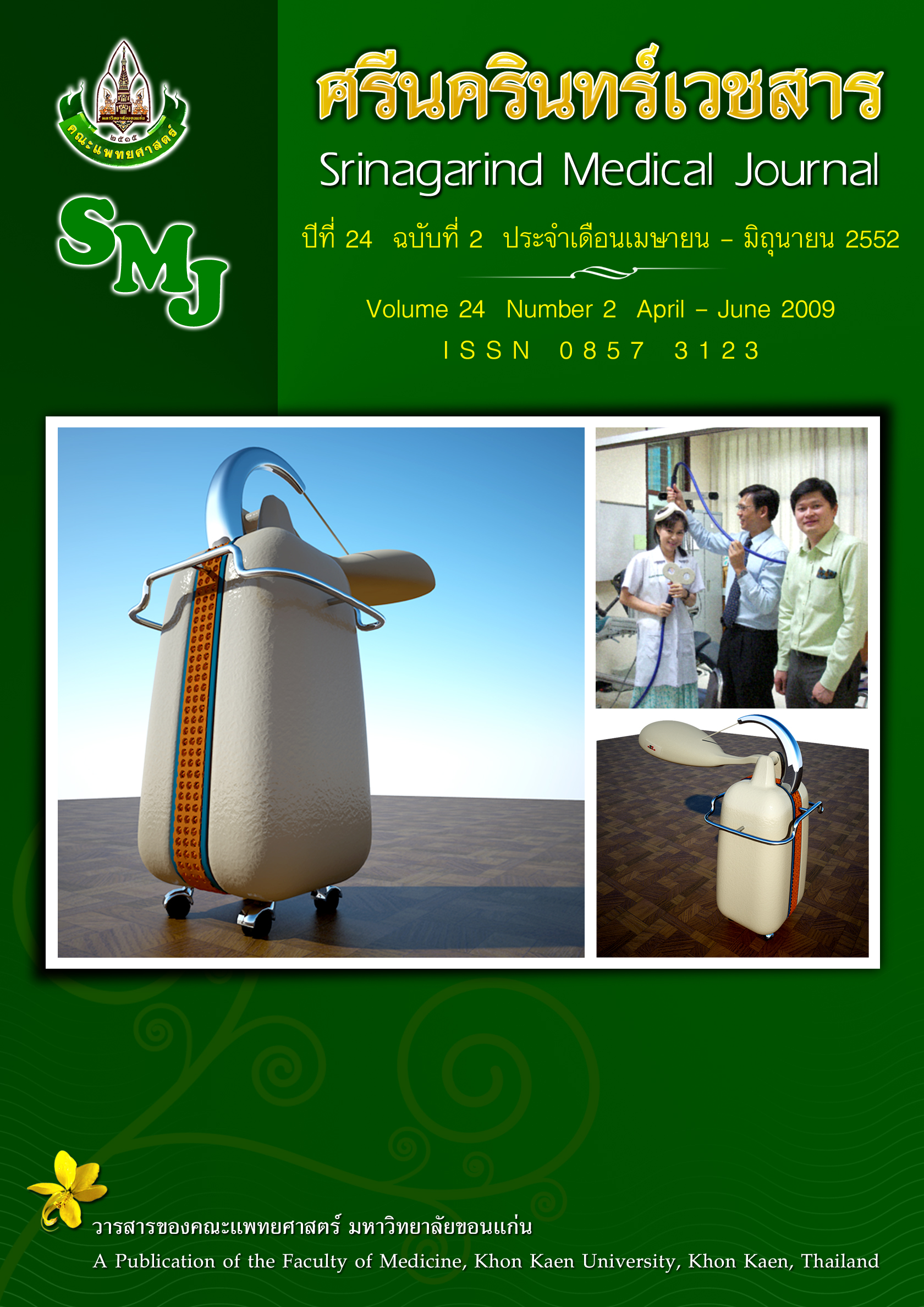 Background: Traffic accident is an important problem which causes mortality every year in Khon Kaen University Campus. Campaigns for helmet-usage has been done, but many students don’t use. Some of them complaint about the loss of helmet.

Objectives: 1) To determine the rate of helmets loss and the rate of being arrest for riding without wearing the helmet and the financial loss by these problems.

Method: Descriptive study was done. The study population comprised of student who owns motorcycle. Subjects were randomly selected by systematic random sampling from the time-location sampling from5 common parking places. Self-administered questionnaire was employed and the in-depth interview was also used in this study.

Conclusions: Two hemets were stolen and 2 were arrested because of not wearing helmet for each 5 KKU students during on year.