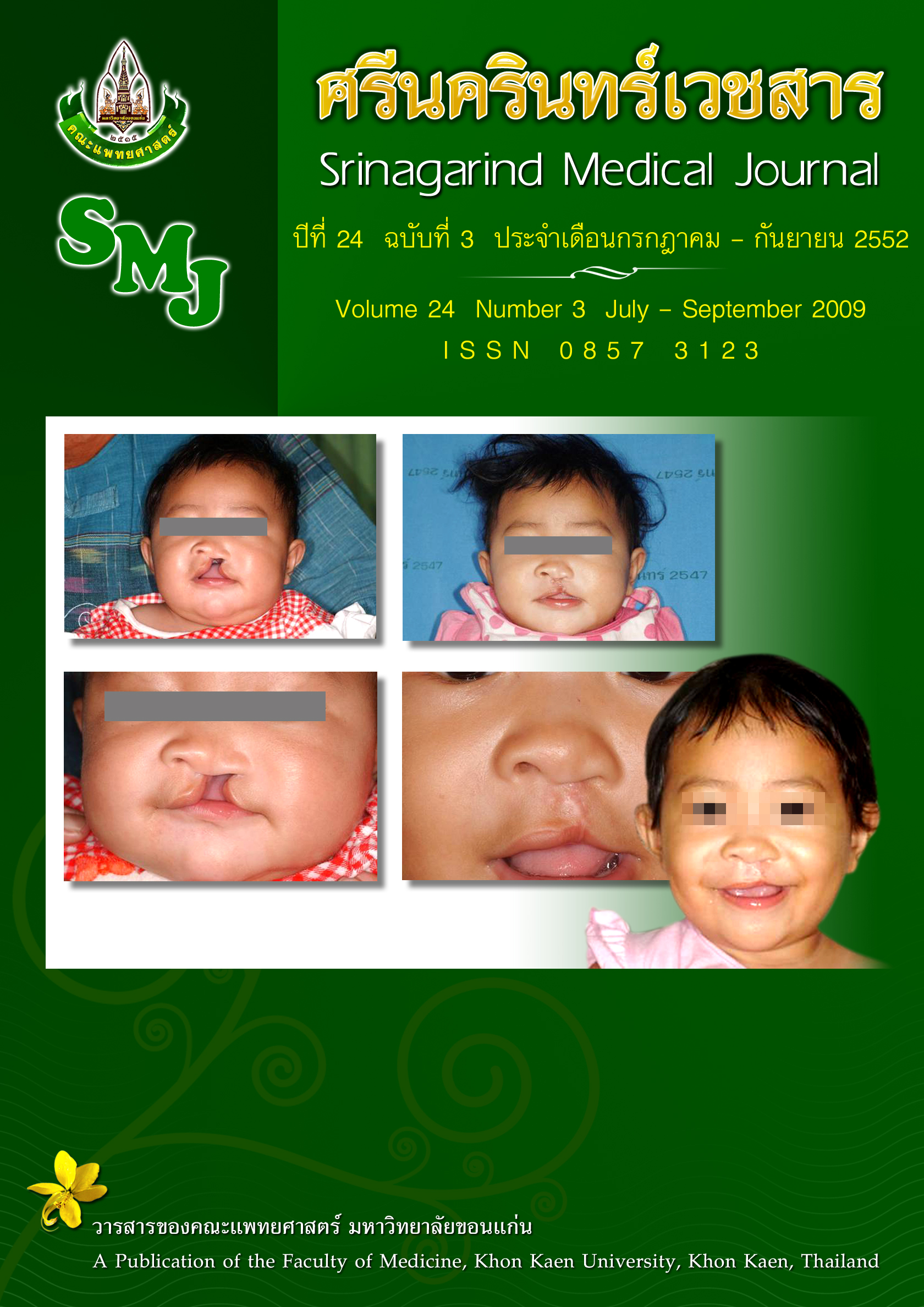 Methods: This cross-sectional descriptive study was conducted at seven community pharmacies and three community medical units of Khon Kaen Hospital. People aged 35 years or more, were the residences responsible by the National Health Security Office (NHSO) area 7, Khon Kaen who received screening during 1 October 2008 – 31 March 2009 were included in the study. Data were collected from the NHSO risk assessment questionnaires version 2008 together with capillary blood glucose and blood pressure measurements. People with high blood glucose according to the criteria (fasting blood sugar ³ 110 mg/dL or postprandial blood sugar ³ 180 mg/dL or random blood sugar ³ 180 mg/dL) and/or high blood pressure according to the criteria (systolic blood pressure ³ 140 mmHg or diastolic blood pressure ³ 90 mmHg) would be referred to the doctor

Conclusions: This study showed the potential of Khon Kaen accredited community pharmacy in diabetes and hypertension screening. However, there were still some cases which met the referring criteria but were not referred and some false positive screening cases were found. The screening and/or patient referring process should be adjusted.