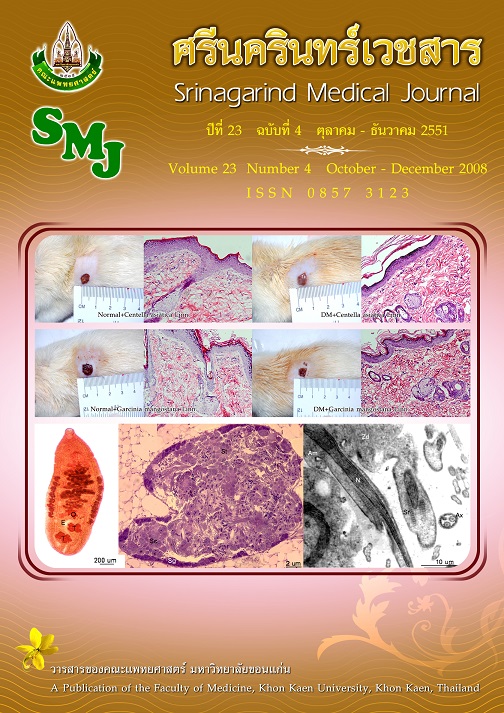 Background: The Faculty of Medicine, Khon Kaen University has lost a lot of its faculty and teaching staff as a result  of the turnover of the personnel, especially the members whose jobs involve health care service. During the last three years it was found that there were about 200 retirees each year. Therefore, researchers want to explore the flow-out rate of personnel since the fiscal years 2000-2006.

Objectives: To analyze the rate of various personnel groups, and to study the causes of the turnover of personnel.

Methods: Data on the study group collected from the Personnel Division data base of Khon Kaen University were examined. The duration of data collection was one year.  The retirees who requested debt check-up were also be interviewed.

Data Analysis: Descriptive statistics using percentages and means were employed, and in dept interview was made to obtain qualitative information.

Conclusion: The turnover rates of staffs’ resignation were below 2 per cent. This indicated that such proportions were not higher than the standard criterion. The authors recommended that the Faculty of Medicine boost the morale and motivation of support line   personnel, especially nurses and nursing assistants, in order to keep its existing personnel.