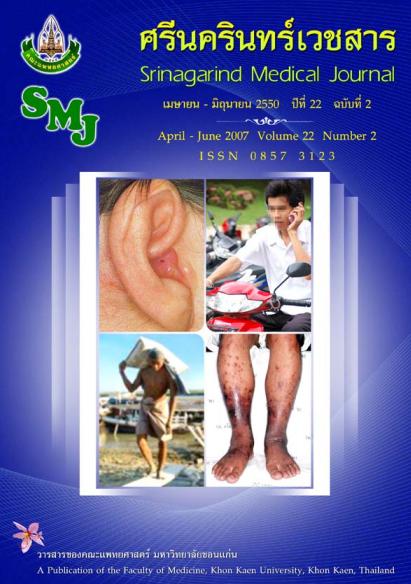 Rationale and background: Previous reports have shown that epidural analgesia provided better postoperative analgesia than intravenous opioid. However, data from Department of Anesthesiology, Facutly of Medicine, Khon Kaen University from January to August 2003 has shown different result. In our Post Anesthetic Care Unit (PACU), patients received epidural analgesia for postoperative pain control still had severe pain compared to patients received intravenous opioid (32.6% vs. 38.1%). We would like to investigate the outcome of epidural analgesia and factors associated with it.

Objective : To evaluate and to identify the factors that contribute to the outcomes of epidural analgesia in the PACU after   abdominal surgery.

Conclusion: Postoperative pain control using epidural analgesia was satisfactory in 45.5% of the patients in PACU. Preventable factors contributed to the good analgesic outcome are higher amount of intraoperative fentanyl and shorter time between the last injection of combined local anesthetic drug with opioid via epidural catheter at the end of surgery.