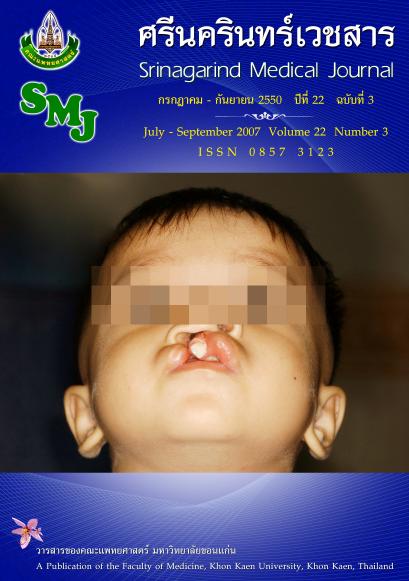 Background : The Perception of dietary control in diabetic patients is great importance for the practices of it. We, therefore, wanted to investigate the Perception and practices of dietary control in type 2 diabetic patients. The study may provide useful information to the development of proper conduct for the dietary intake restriction of type 2 diabetes patients.

Objectives: To study the Perception and practices of dietary control in type 2 diabetic patients.

Nontong subdistricts were recruited in the analysis.

Results: About 78% of all patients under survey were females and the average age of the patients was  55 years (S.D. = 10.6). The median time diagnosed as diabetes mellitus was 7 years. Blood sugar levels were improperly controlled by 72.5% of the patients. Ninety one percents of them perceived that they should restrict consumption of sticky rice. However, flour products were perceived as no restriction of consumption. Moreover, 75% of them perceived that in case of the occasional consumption of sweet taste fruits and desserts, no restriction was made on the amount consumed. Almost all of them (97%) consumed sticky rice as staple food and half of them did not control their sticky rice consumptions. Approximately one-fourth of them did not control the amount of flour product intakes, sweet taste fruits, and sugar added drinks.