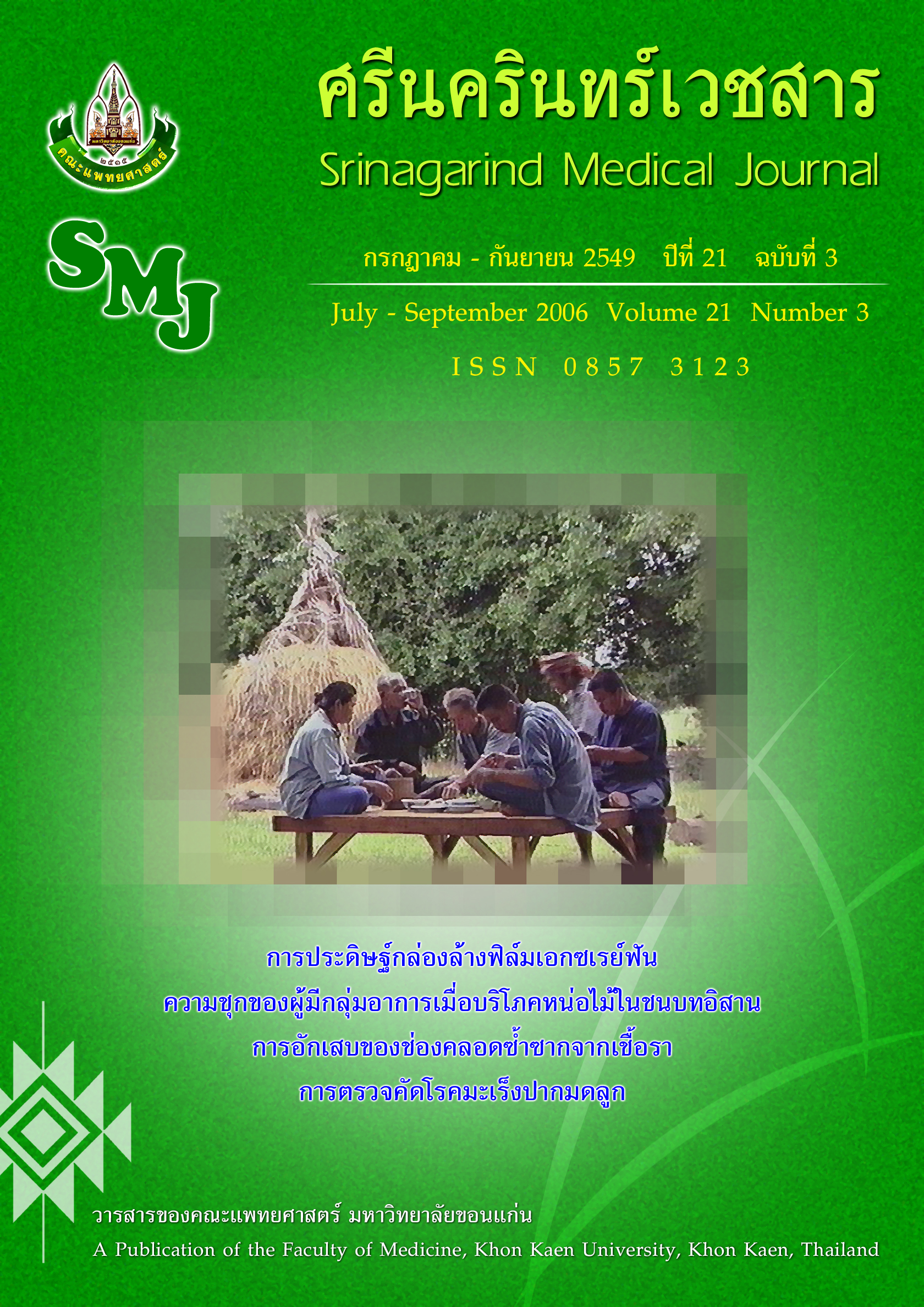 Background: Many patients in clinical practice of one of the authors had various symptoms after eating bamboo shoots e.g. headaches, back/waist/leg pains and/or dyspepsia. This study could establish a part of baseline data to solve the other related problems.

Objective: The aim of this study was to determine the frequency of bamboo shoot consumption and prevalence of various symptoms particularly those with a hereditary link.

Method: A descriptive study.  Data were collected using a structured questionnaire completed through an in-depth interview.

Population: married women, of at least 20 years of age.

Results: Two hundred and five married women were interviewed. Most of them (77%) were 31 to 50 years of age.  The majority (75% of the 153 cases) ate bamboo shoots often.  Among those who urinated in a bowl at night, 61% observed a turbid white precipitate. Ninety cases (44%) had other  symptoms after eating bamboo shoots, such as, stomach pain and dyspepsia, leg/arm pains, back pain, joint pain, fatigue and headaches. Half (53%) of respondents remembered their predecessors  having similar symptoms after eating bamboo shoots, however, there was no statistically significant association of the symptoms between the respondents and their known forebears.

Suggestions: Further research should be conducted into the dietary habits of rural Northeast Thais including cooking techniques for detoxifying bamboo shoots as techniques may help prevent the gall stones endemic among them.