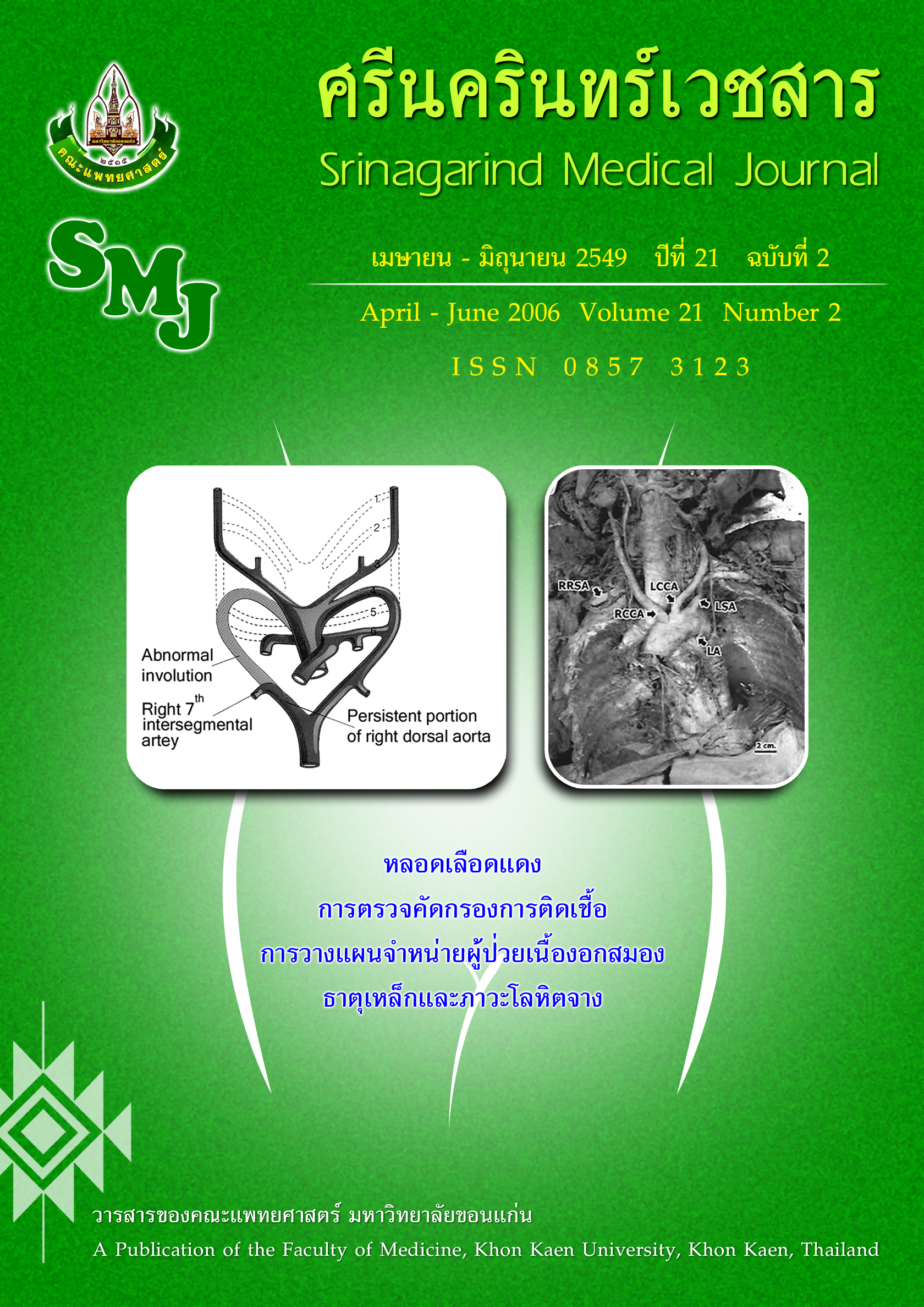 Background : The variable structures and pattern of the organs in the body are normally found during dissection of formalin-embalmed cadavers in the practical class of Gross Anatomy. The variation of the right subclavian artery is one of the variable structures. Normally, this artery is a branch from brachiocephalic trunk, which is the first branch of the arch of aorta. The observation on   mediastinum dissection of the male cadaver, 89 years of age in the Gross Anatomy  Laboratory, Department of Anatomy, Faculty of Medicine, Khon Kaen University,  it has been found that the right subclavian artery is a branch arising from posterior aspect of the distal part of the arch of  aorta, it runs behind esophagus and directly to the right upper extremity, called retroesophageal right subclavian artery (RRSA). This finding is the first case in our laboratory since the year 1997 to 2004  totalled 480 cadavers. The variable of the RRSA is highly investigated in case of abnormal development of the arch of aorta thus, the surgeon and  related physician should be always aware. Objectives

2.    Describes the surrounded structures related to this

Result : The observation while carefully dissecting the mediastinum of the male cadaver, 89 years old of age.   It had been found that the brachiocephalic trunk is absent. The first branch of the arch of aorta is the right common carotid artery, the second is the left common carotid artery, the third is the left subclavian artery and the fourth branch is the RRSA.  The RRSA arises from the posterior of the distal part of the arch of aorta, next to the left subclavian artery. The course of this artery is behind the esophagus traversing the mediastinum to supply the right upper extremity. However, there is no variable of the branches from RRSA.  Measurement with the digital vernier caliper was done and revealed the length of the RRSA is 8.86 centimeters, the diameter at the proximal and distal part of RRSA are 0.99 and 0.83 centimeters respectively. Furthermore, from this study, the right recurrent laryngeal nerve does not hook around the RRSA as normal.