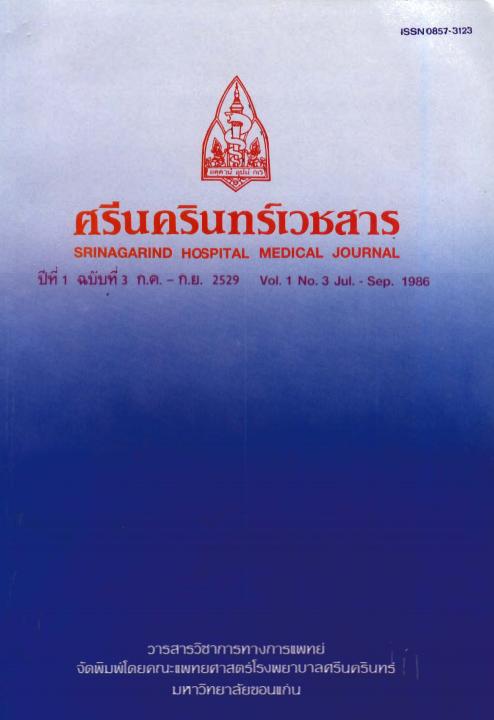 From January 1981 to the end of 1985, 259 cases of patients with abnormal Papaniculaou smears or abnormal cervical lesions were examined with colposcope. Most patients were in the age of 25-45 years with the peak of 30 to 34 year and 10% were nulliparous. Forty-five percent of the patients lived in Khon Kaen areas where as the rest came from other provinces of north-eastern area of Thailand.

Comparing colposcopic directed biopsy with the final histological diagnosis revealed the accuracy of 94%, sensitivity 94.9%, specificity 89.6% , positive predictive value 95.7% and false – negative rate 5.17%. By the indications of conization, all patients with false – negative and underdiagnosis had been corrected and no single case missing for invasive cancer. Colposcopy is a safe accurate test suitable for district community hospital used in Thailand.