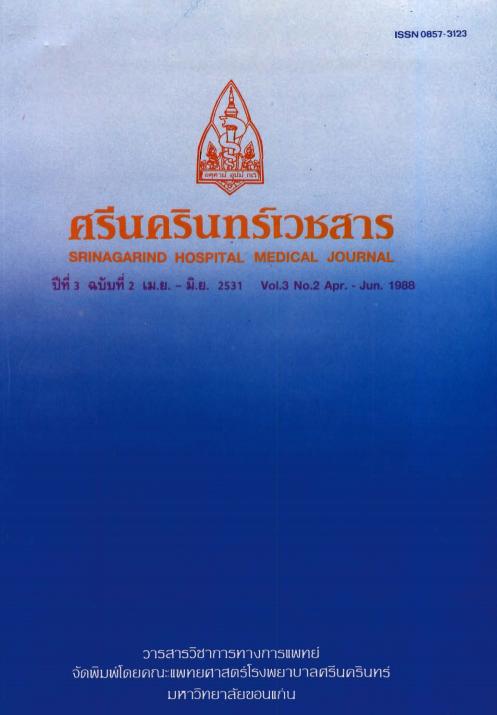 During July 1980 to July 1987 , 38 patients with acquired aplastic anemia were treated at the Department of Pediatrics, Srinagarind Hospital , Their age ranged from 6 to 14 years and the male to female ration was 1.92: 1 The etiology was known in 4 cases (10.5%) from drugs and insecticides.

Most of the patients were treated with testosterone propionate and prednisolone. Seven cases were treated with methenolone and prednisolone. It revealed that complete remission, partial remission , no response, death and loss to follow up were 5.26 ,  13.16 , 10.53 , 23.68 and 47.34 percent respectively.Because of death , doing well, minimal signs and symptoms of aplastic anemia, some of them were lossed to follow up . Prognosis was poor in the patients who had infection associated with severe neutropenia. Gram negative septicenia and intracranial bleeding were the two most common causes of death. Cholestatic jaundice, diabetes mellitus, pulmo-nary strongyloidiasis were found during the treatment of aplastic anemia.