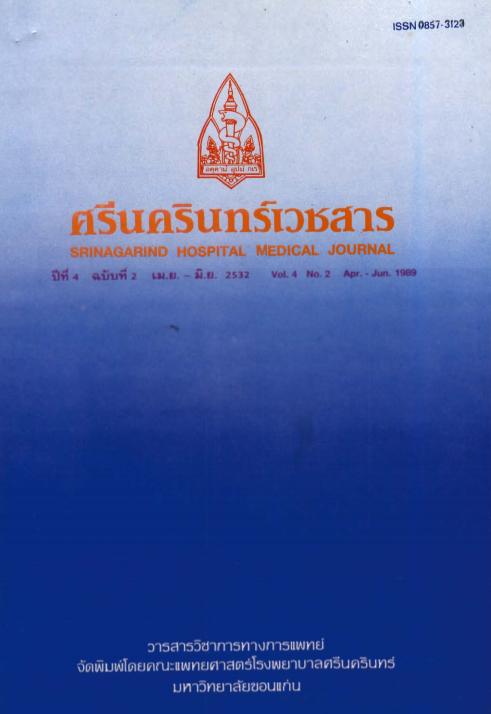 The purpose of this study was evaluation of family planning of married women who have child in rural area. This study was The Third Stage of the project “Village health workers in prevention and control disease at village level in rural area” which started since Aprill , 1982 for comparing the research results in Mahasarakham covering two districts of 16 subdistricts in the rural area.The source of data for this study is interview currently married women who have child age 0-5 years old on January-February , 1987. The results of 1982 are compared with results of 1987 as following.The percentage of female sterillization and male sterillization declined. Female sterillization from 36.1 to 30.9 percent and male sterllization from 1.2 to 0.6 percent. The most widely used contraception is female sterillzation 30.9 percent, IUD 24.1 percent and male Sterillization 0.6 percent. The proportion of currently married women who had ever used method of contraceptive declined from 29.9 percent to 26.9 percent. The results from the preceding analysis that women in rural area have achieved incredible results both in term of acceptance and reduced fertillity, There is still a considerable amount of work to be done.