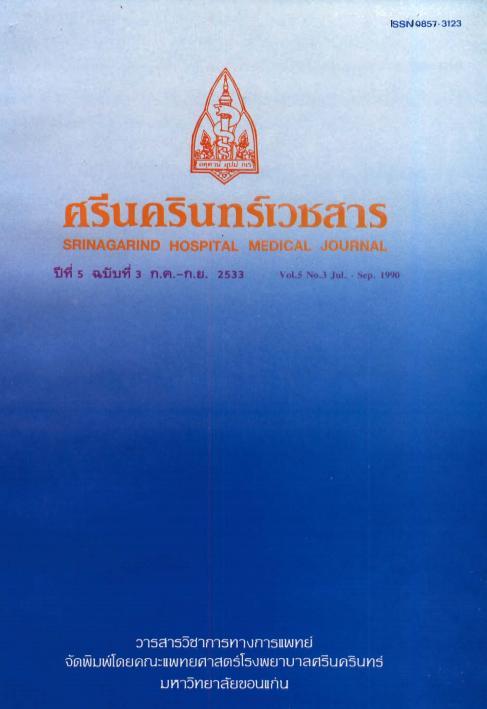 The quality and stability of Paracetamol Syrup/Elixir produced in 15 north-eastern hospitals were comparatively studied with those produced by 5 local manufacturers.  The quality of samples from the hospitals are as follows : the content of paracetamol in 6 samples did not comply with the British Pharmacopoeia Limit (95-105% LA) ; p-aminophenol, degraded product of paracetamol, was detected in 6 samples at the level of 0.3-2.2 mg%, all complied with the British Pharmacopoeia limit (12 mg%); pH of 5 samples did not comply with the nited States Pharmacopoeia Limit (3.8-6.1). the samples from local manufactures gave the following results: content of paracetamol in all samples complied with the limit : p-aminophenol was detected in 2 samples, 0.77 and 0.98 mg%; pH of 1 sample did not comply with the limit.

Stability test of the samples was conducted by keeping all the samples at 45°C for 45 days.  Some samples showed some physical changes.  The content of paracetamol in all samples decreased significantly (tcal = -5.61, tcrit = 1.734, F = 18, p = 0.05) ; the level of p-aminophenol increased significantly (tcal = 3.003; tcrit = 1.729, F = 19, p ± 0.05).  There was no quantitave relationship between the changes of the 2 compounds.  None of the samples were found to contain p-aminophenol more than the limit even those which showed drastic physical change.  The pH of the solution did affect the decomposition of the paracetamol.