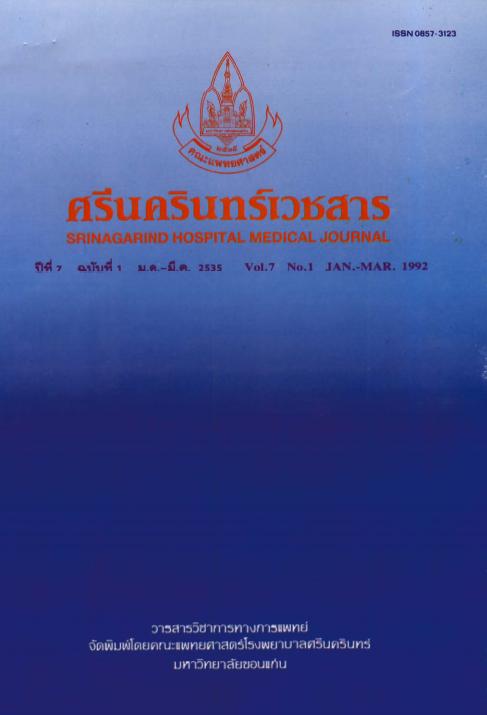 The objective of this project was to study the attitude and general knowledge of Medical students at Khon Kaen University (KKU), Thailand concerning cigarrette smoking.  The study examines the relationship between knowledge, attitude to smoking and smoking habits.  Certain socio-economic factors known to infulence smoking behaviour were controlled in this study.

The population used in this research was the medical students studying in the first and fifth years in the faculty of Medicine, Khon Kaen University, Thailand during the academic year 1987-1988.  A total number of 145 responses were returned out of possible 192.  The questionnaires were analysed and the chisquared test was used to test the hypothesis.

The study shows that most medical students are nonsmokers with less females smoking than males.  A relationship was found between knowledge of the effects of smoking and year of study.  Fifth year students have greater knowledge than the first years.  A relationship was also found between attitude and year of study; the first year medical students had a better attitude than the fifth years.

In addition, it was discovered that some specific combinations of attitude and opinion have a relationship with smoking habits (non-smokers, daily and occasionally smokers) at a significance level of p<0.05.