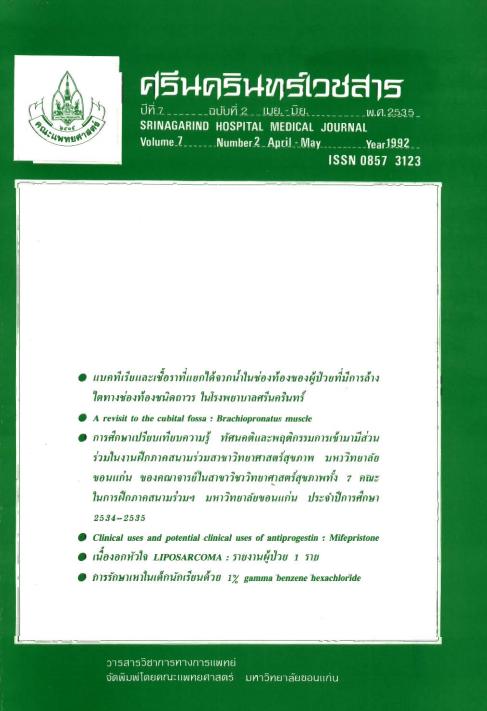 A total number of 153 returned responded questionaires were process for analysis T-test, Anova and Correlations.

In addition, it is discovered that knowledge were no significantly related with attitudes and the most population had behaviors to participate with field practiecs because they thought that it is very useful.