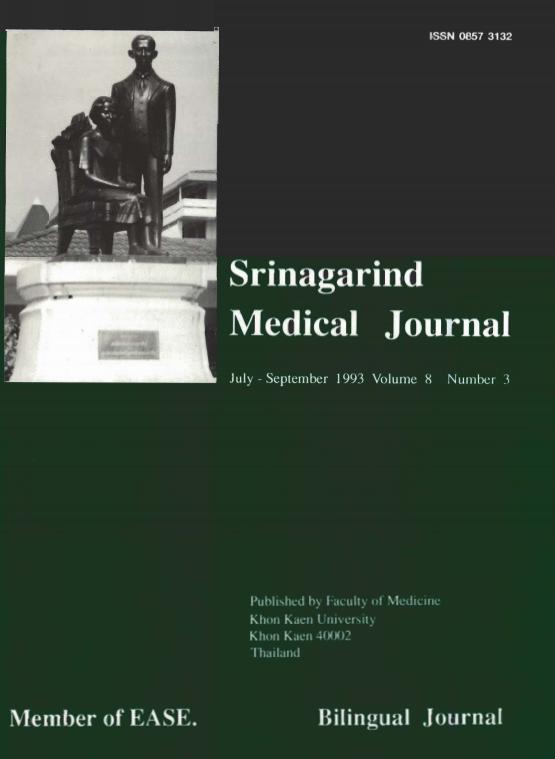 Staphylococcus  aureus  was  widely  studied  because  it  is  capable  of  roducing  heat – stable  enterotoxin  in  the  prepared  food  which  is  now  popular  in  the  general public (1).  This  study  was  designed  to exprimentally  survey  the  prepared  foods  in  Khon  Kaen,  to  identify  the  toxins  therein  and  microorganisms in  the  nasal  cavities  and  hands  of  the  cooks,  and  to  find  their  correlations.  The  informations  to  obtain  would  be  beneficial  for  the  prevention  of  staphylococcal  food  poisoning  and  the  management  aspect  of  epidemiology.

The  food  samples  containing  the  enterotoxinproducing  S. aureus  were  such that  the  total  bacteria,  staphylococci,  and  S.  aureus  were  quite  high  in  number  except  the  Staphylococcus  coagulase  positive  vacteria where  only  102 – 103 cells / gm.  of  food  could  be  found  the  highest  the  enterotoxin – producing  S.l  aureus.