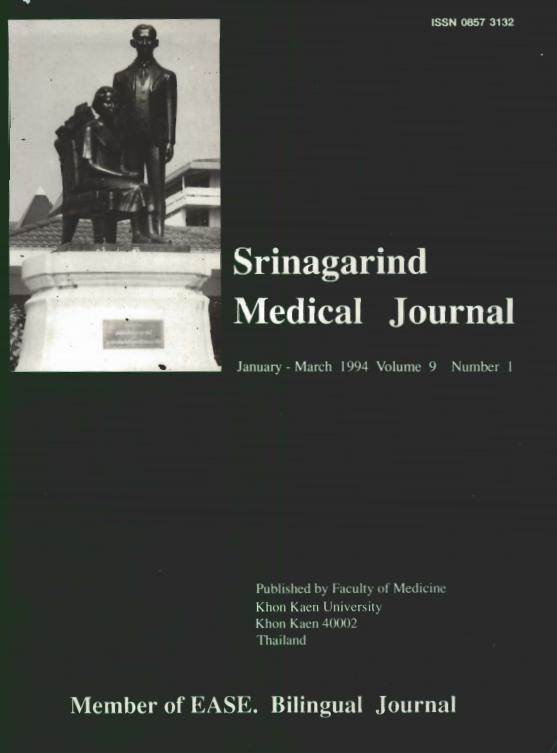 A Pilot Study of the Use of Ultrasonography, Urinalysis and Urine Culture and Sensitivity in Field Work Svreening of Renal Stones in the North-East Thailand.

During October 12-18,1989, a field survey of renal stones had been conducted by a surgical team of the Department of Surgery, Khon Kaen University aming the symptomfree husbands and wives of famllies on Ban Swere oerformed Roi-ed. Ultrasonographic examination, urinalysis and urine culture and sensitivity were oerformed concurrently. TJotaal population who completed all three types of examination were 255 : male 126, fenake 125, stone prone age tanged from 20 to 78. Reference golden standard used for the above three tests were KUB X-Ray and IVP. Positive renal stone findings among this population of 255 were 8. The sensitivity and specigicity of ultrasonographic examinatuin were 62.5 and 100 per cent, those of urinalysis were 87.5 and 91.9 per cent and urine culture were 50 and 83.81 per cent.

From the above findings it may be concluded that the practical and worth while means of surveying renal stones among village population is by using urinalysis, the 87.5 per cent sensitivity, as the first screening test : the positive urinalysis only should then be followed by the ultrasonography of 100 per cent specificity.