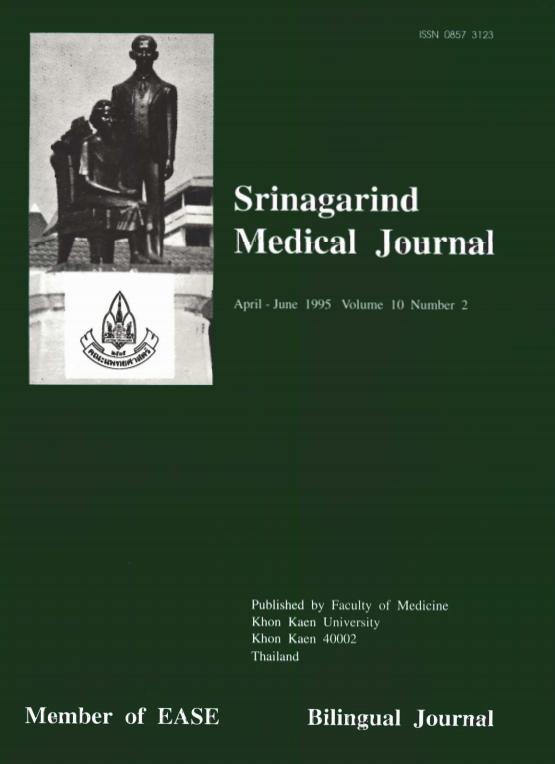 ABSTRACT
Eighty-six rats were divided at random into 3 groups of 40,40 and 6.  Intrahepatic injection were performed with 0.5 cc. of ethyl alcohol in group I, saline in group II, and no injection in group III.  On the post injection day 3:10 rats each of group I and II and all of group III were sacrificed.  The gross and microscopic pathology of livers were recorded.  Five cc. of whole blood were sent for biochemical study.  The same procedures were then repeated on post injection day 7, 14 and 21 on the first two groups.  The results were found on gross pathology were areas of whitish plaque representing parenchymal necrosis on histological examination at the injected site, followed by inflammatory reaction, fibrosis and eventually regeneration.  No changes were detected on the last two groups.  Significant biochemical changes were noted:SGOT and ALP in saline group (p<0.05)