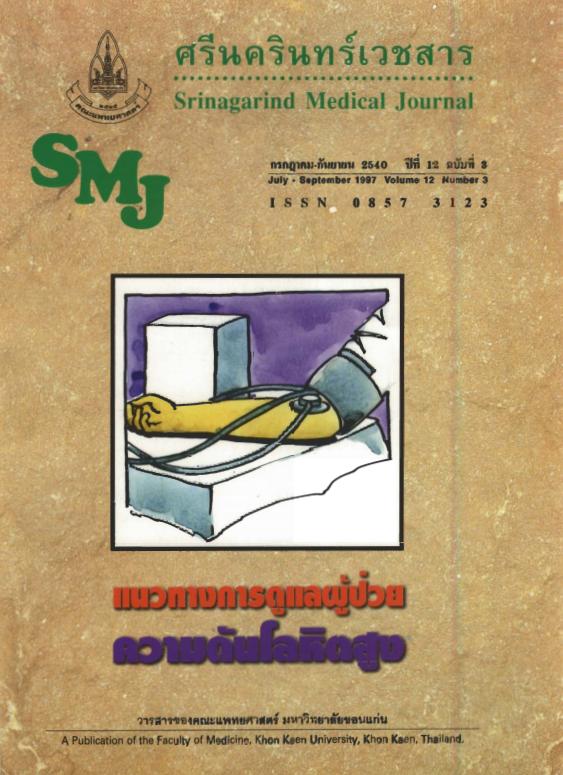 Background : Endometriosis is a relatively relatively common gynecological  condition. There  was no report  related to the prevalence and description in the  northeast region of Thailand.

Objective : 1.To assess the prevalence of endometriosis in inpatient unit of Obstetric – Gynecology department of Srinagarind hospital. 2. To assess the characteristics of endometriotic patients regarding clinical manifestations, results of investigations, modalities of treatment and results.

Main  Outcome Measures : The prudent indicators  used  in  this  study  were  the  prevalence  of  endometriosis,  ties  and  result  of  treatment.

Conclusions : Endometriosis is  a  common  disease  in  Gynecologic  inpatient  unit  of  Srinagarind  hospital. The results of  therapy  especially  in  adenomyosis group was  quite effective but  there  was  a  high  rate  of  lost  follow  up in endometriosis externa  group  so  the success  rate  of  treatment  could  not   be  accurately evaluated.