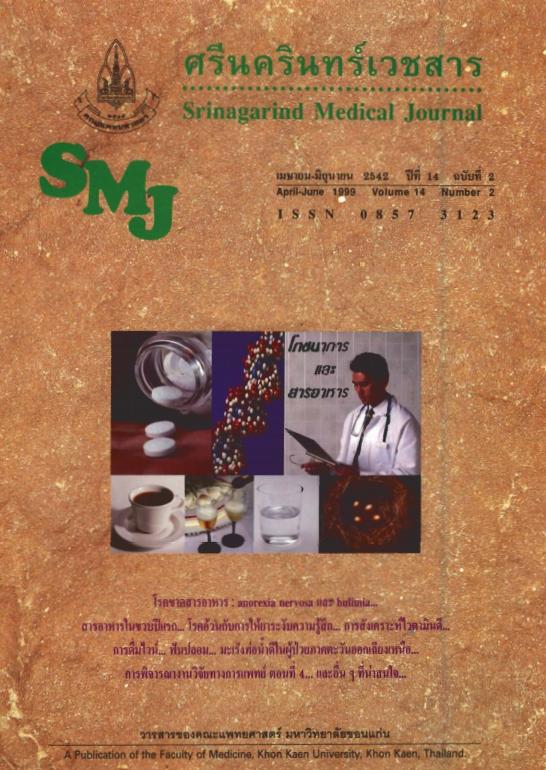 Background: Cholangiocarcinoma, the cancer of biliary epithelium, is highly prevalent in Northeast Thailand and is associated with the liver fluke, Opisthorchis viverrini, infection and the consumption of carcinogen contaminated daily food. Diagnosis of this cancer is practically based on clinical and utrasonography. However, several markers can be used in conjunction with the standard procedure to increase diagnosis accuracy including biliary cytology as described in carcinoma of other pancreatobiliary diseases. On the basis of cancer cells can be exfoliated into the bile and they can be detected by routine Papanicolaou staining. In endemic areas of cholangiocarcinoma and opisthorchiasis, there is no report about biliary cytology and percentage of positive malignant cells presented in the bile, here we examined biliary cytology of the gallbladder and/or hepatic bile to clarify its usefulness potential for using in diagnosis.

Objective: To study biliary cytology and examine Opisthorchis-ova in the gallbladder/hepatic bile in patients with cholangiocarcinoma in Northeast Thailand.

Results: Overall, the positivity for malignant cells and O. viverrini ova was 51 % (51/100) and 27 % (27/100), respectively. Five cases were suspicious for malignancy. Paired gallbladder and hepatic bile specimens were obtained in 32 cases. Of these, the positivity for cancer cells was significantly higher in the hepatic bile than in the gallbladder bile (c2-test, p<.01). Five cases with gallstone were negative for malignant cells.

Conclusion: The results indicate that cancer cells are frequently detected in the bile, particularly in hepatic bile from patients with cholangiocarcinoma. This study implicates the potential application of biliary cytology in diagnosis of this cancer, i.e. in the bile from ERCP or duodenal drainage which is less invasive, in conjunction with other investigations in endemic areas.