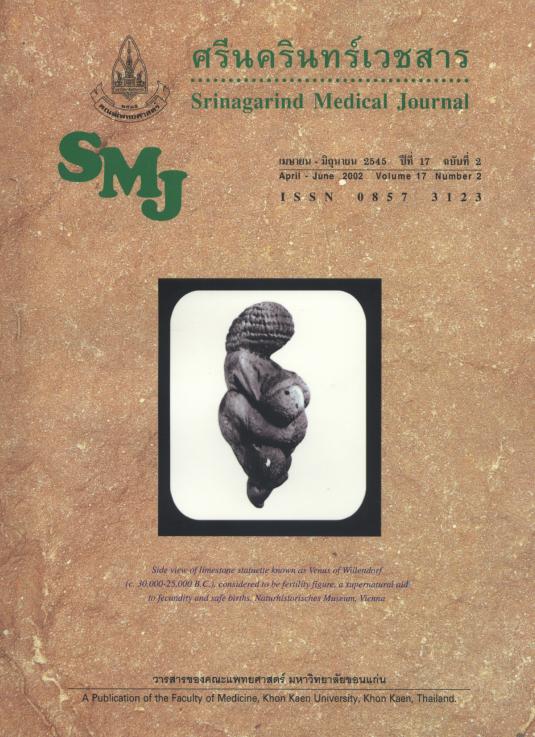 Result: Mean age of the patients was 32.0 years, most of them were government officers and farmers. The  reasons for reversal were remarriage (68.0 percent) and death of their children (17.5 percent). Most of the patients had postpartum tubal reanastomosis was performed in 83.0 percent of the patients. Ampulla to ampulla was the most common type of reanastomosis.  The mean duration of the operation was 135.8 minutes.

Success rate of the operation as determined by delivery of the liveborn was 58.7 percent while abortion rate and ectopic pregnancy rate were 8.3 and 6.6 percent, respectively.  Most of the pregnancies occurred in the first two years after the operation with the mean interval between the operation and the commencement of pregnancy of 21.6 months.

Conclusion: sterilization reversal in Srinagarind hospital had a good success rate and factors that influenced the success were age of the patients, time interval after sterilization, type of sterilization, and part of the uterine tubes being reanastomosed