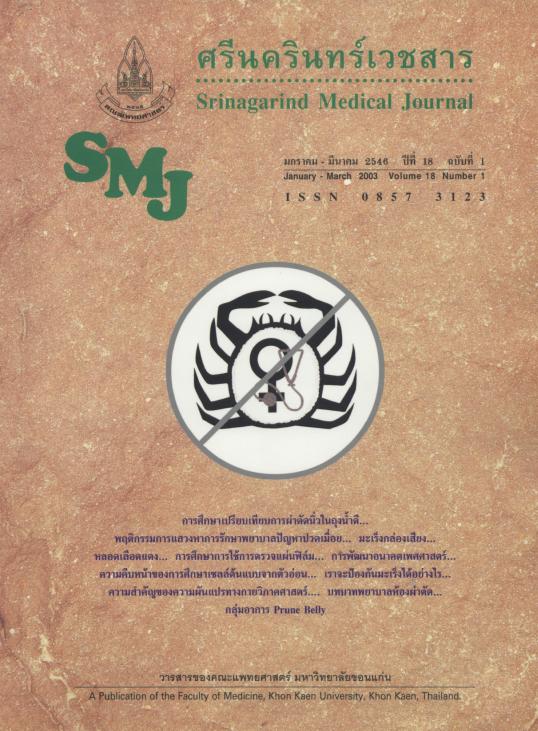 Background : Background : Musculoskeleta pain   is  a  major   problem  in  health.  To know  the  villagers’  seeking  behavior  will  help  understand  the  thinking  system,  beliefs,  and  the  patterns  of  treatment  of  people  and  will  be   beneficial  in  developing  the  health  system.

Objective : This  research  was  aimed  too study  health  seeking   behavior   for  musculoskeletal   pain  of  villager  laborers  and  seniors