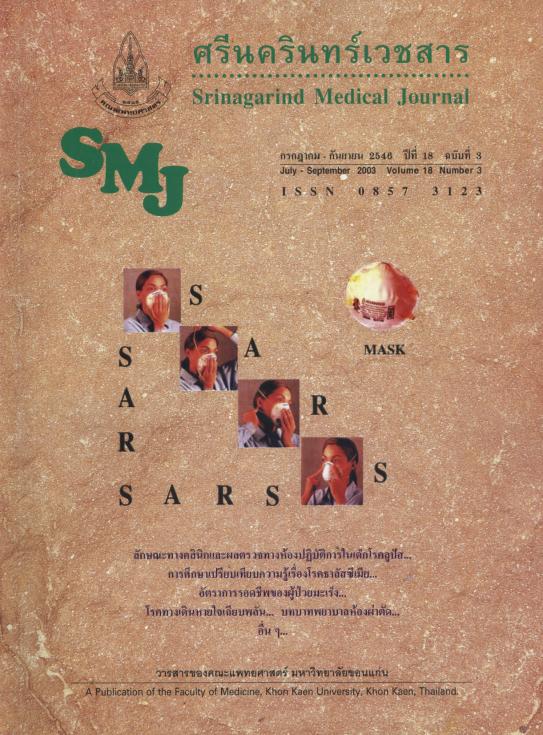 Objective: To investigate the survival of children with neuroblastoma

Methods: Survey the records for survival of children under 15 who were diagnosed as having neuroblastoma treated at Srinagarind Hospital, Faculty of Medicine, Khon Kaen University between 1990 and 1995 and clinically followed up to the end of 2000. Postcards were sent to patients who missed appointments.  The survival rates were analyzed using the Kaplan-Meier method.

Conclusion: In comparison with the West, our survivals of neuroblastoma were lower but comparable to those of some neighboring countries.  There are limitations of this study to evaluate other prognostic factors that may influence the survival.  A further prospective multicenter trial is suggested.