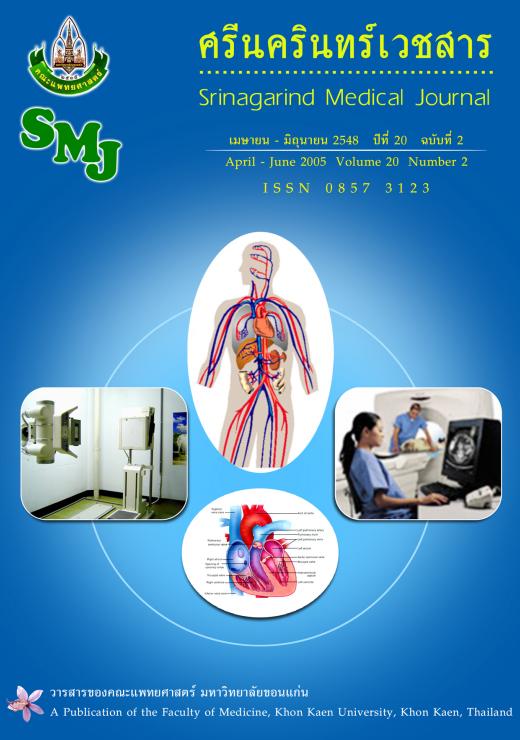 Background:  According to the traditional practices  on food consumption, in previous days the pregnant  women and post-partum mothers  were taught  to perform themselves strickly. Nowadays some practices are known as medically inconsistent. Some  practices are still appropriate, however, they have been forgotten. knowing  the existing traditional practices is helpful  to develop mothernal and child‘s health cares.

Objective: The aim of this research was to explore the existing traditional practices on food consumption in pregnant women and post- partum mothers

Method: It was a cross-sectional descriptive study.  Data were obtained  by using both quantitative and qualitative techniques.  For the quantitative data, 493 mothers who had the children’ s age between 0-2 years  were directly interviewed. The samples were selected through 1-stage cluster sampling from 69 villages in Nong Rua District. The data analysis were performed using descriptive statistics; percentage, mean, standard deviation and 95% CI. The qualitative data  regarding the old local wisdom in health traditional practice  were obtained from the in-depth interview and the focus group discussion .