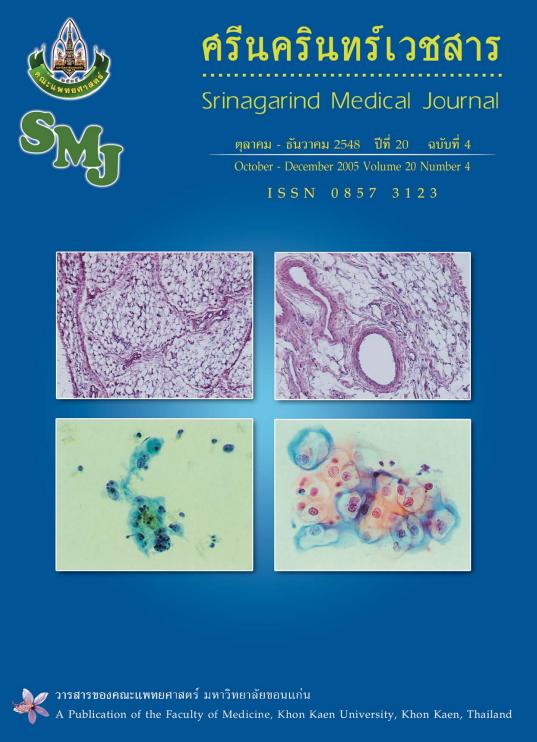 Background: The obturator  hernia is relatively rare.A preoperative diagnosis is unusual since the manifestration  shown is highly variable and often concealed by pectineus muscle.High mortality rate of  obturator hernia was due to the difficulty diagnosis and operation.The incidence of obturator hernia has not been reported in Thai cadavers.

Objective: To study the incidence of obturator hernia in Thai cadavers

Results: During pelvic dissection of 104 cadavers (56 males, 48 females),an obturator hernia (0.96 %) was found on the right side of a female of age 56.The hernial mass consisted of a hernial  sac containing fat

Conclusions: During gross dissection,an obturator hernia (0.96%) was found on the right side of a female of age 56.The hernial contents showed histological characteristics identical to omental tissue and was surrounded by  peritoneum,skeletal muscle and its fascia.The absence of obturator membrane and obturator externus muscle in this case might be  the weakpoint and caused obturator hernia consequently.