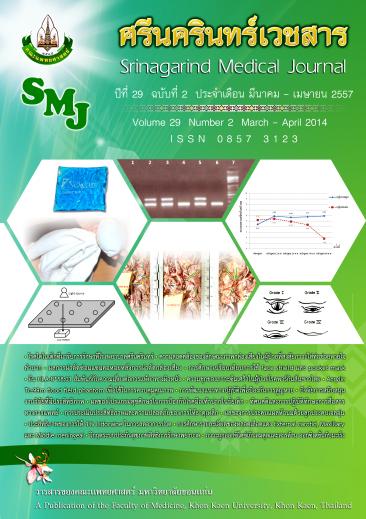 Methodology: A quasi-experimental research design was conducted in participants who were primiparous mothers and gave birth with normal labour. The participants were admitted to the postpartum unit of Srinagarind Hospital, Khon Kaen University. Within 12-24 hours after giving childbirth, they were divided into two groups including an experimental group (N=14) and control group (N=14). The experimental group received warm moist gel pack compression on sore nipples combined with routine care whereas the control group received only routine care. Both groups were evaluated for nipple soreness and nipple pain.

Conclusions: It is concluded that a warm moist gel pack compression could effectively reduce nipple soreness and pain in primiparous mother. We suggest thet it could be incorporated with a routine care for this patient population.