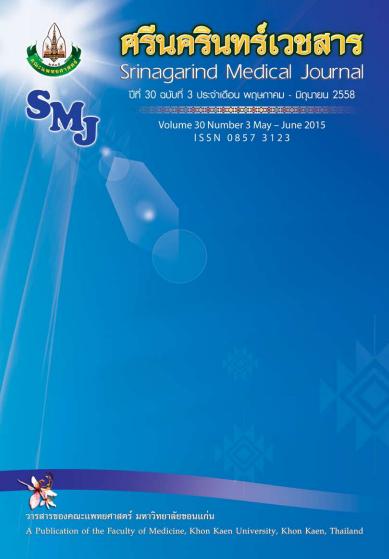 Background and Objective: AIDS is a disease that requires suitable management and appropriate treatment. The treatment includes antiretrovirals together with other medications to prevent patients from opportunistic infections and mortality from AIDS. Due to drug related problems (DRPs) may occur at any time, resulting to unachieved drug therapy. Root cause analysis is a strategy that may find out and solve the problems systematically.

Methods: The study was a descriptive, cross-sectional study in HIV-infected patients who received antiretroviral therapy. This study was conducted between 1st December 2013 to 28th February 2014 at  AIDS clinic, outpatient departments, Srinagarind hospital, Khon Kaen university. Data were collected from a questionnaire detailing patient's behavior, drug use and the problems caused by the drug. Assessment of the drug related problems was performed by using the system of The Pharmaceutical Care Network Europe (PCNE)

Results: The results showed that 220 patients (64.7%) from 340 patients were found with DRPs.  Classification of problems by PCNE showed 298 DRPs. The most frequent problems were treatment effectiveness 188 problems (63.1%), adverse drug reactions 64 problems (21.5%), treatment costs 45 problems (15.1%) and others 1 problem (0.3%). The majority of problems from treatment effectiveness (53.7%) were the inefficacy of drug treatment / therapy failure and suboptimal drug treatment. It was found that the problem was mainly caused by failure to receive prescribed drug  (76.9%), which mostly due to the patients themselves (80.3%), followed by the system of healthcare service (10.0%) and medical personnel (9.7%)  respectively. The result showed that the root cause was patients’ noncompliance which mostly from forgetting to take the medicine. This problem may be solve by changing the treatment regimen to once daily regimen to augment patient’s convenience.

Conclusion: The major drug related problems found in this study was the failure of receiving prescribed drug and its the root cause was forgetting to take the medicine by patients themselves. Drug regimen modification may be the potential way to solve drug related problem in patient.