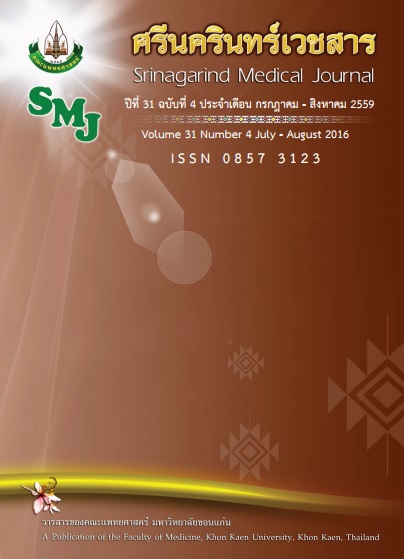 Background and Objective: Renal failure is a major Thai public health problem. Ministry of Public Health and the National Health Security hence have established the peritoneal dialysis (PD) program for all renal failure patients. The main issue of the PD is infection or peritonitis. Surin hospital has been provided PD since January 2009. This study aimed to describe factors associated with infection in PD patients.

Methods: This was a descriptive study. We retrospectively reviewed medical records of all PD patients with aged of over 20 who treated at Surin Hospital between January 2009 and December 2015. Baseline characteristics of all patients were recorded including history of infected PD, numbers of infected PD, and gap between recurrent infected PD. Clinical factors were compared between those with and without infected PD.

Conclusions: Infected PD rate of Surin hospital complied with standard criteria however negative culture result was much higher than the goal criteria. Anemia and being diabetes were two significant factors between those with and without infected PD.