Scenedesmus armatus is an important green microalgae for biodiesel and antioxidant producer. This research has focused on optimal condition for Scenedesmus armatus cultivation that covered with feed formular, type of saprger, light intensity. Preliminary test for the optimal condition investigation has done in 800 mL photoreacter then was used in large scale as 5,000 mL with medium volume of 400 mL and 4,000 mL, respectively. The production was then harvested and extracted for antioxidant compound and tested for its antioxidant ability. Preliminary tested for optimum medium in 400 mL cultivation system with light intensity of 3,400 lux. The investigated mediums were BG11, N-8 and BBM. Among the different medium, cells grown in BG11 medium showed the highest cell concentration compared with the others and then was further used in the next step. Effect of light intensity has been further investigated at 2,700 and 3,400 lux in 800 mL system. The result showed that 3,400 lux was enough for algae cultivation. The aeration system with five different air-sparger types (silicone tube, annulus sparger, three-way silicone, circular sand, cylindrical sand sparger) was then investigated and compared with ordinary shaker. The results of each condition were demonstrated in terms of cell concentration, viable cell density (OD 560 nm) and dried cell weight. The cultivation with the spherical sand sparger revealed the highest amount of algae cells with 6x106 cell/mL and 3.34 gdriedweight/l. The large scale cultivation of 5,000 mL system was also studied in this research. The three-way silicone tube with ream showed the highest amount of cell concentration of 8.7x106 cell/mL and 5 g/l. The concentration of chlorophyll a, b, β-carotene and lycopene were 28.61, 11.02, 8.24 and 7.08 mg/100 mL. The crude extract could decrese the color of DPPH and got the antioxidant inhibition was 85.33% which was comparable to Vitamin C at 1 g/100 mL was 135.33%.

Copyrights of all articles in the Journal of Food Technology available in print or online are owned by Siam University and protected by law. 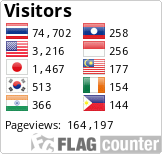