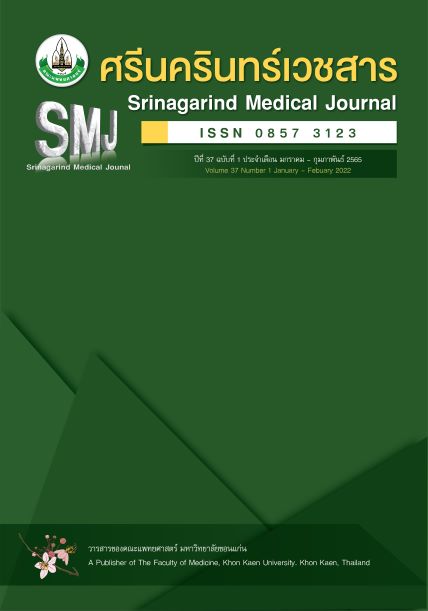 Background and Objective: The log file-based Mobius3D software has been developed for quality assurance (QA) processes of intensity modulated radiation therapy (IMRT) and volumetric modulated radiation therapy (VMAT) plans without measurement. However, there is much debate regarding the accuracy of this software. This study aimed to verify the accuracy of Mobius3D software in comparison with the measurement-based Portal Dosimetry (PD) system.

Methods: All of VMAT and IMRT plans from  4 sites (pelvis, brain, chest and head and neck) of patients treated in Maharat Nakhon Ratchasima hospital during May 2019 to December 2020, planned with the Eclipse treatment planning system (TPS), were retrospectively studied. Those plans were categorized into VMAT (n = 178), ordinary IMRT (n = 8) and split large field IMRT (n = 16) and repeated QA processes by Mobius3D software version 2.1 and PD, consequently, in March 2021. The 6 MV VMAT plans with £ 0.5% discrepancies were purposely selected and  re-studied 2 months later.

Results: The proportions of accepted gamma passing rate of VMAT and ordinary IMRT plans were ³ 86%  from both systems while of split large field IMRT plans were £ 37.5% from Mobius3D software. Two months later, output increased, no statistically significant difference were observed for the repeated QA results  (n = 24) of Mobius3D software (all with p>0.01).

Conclusion: The Mobius3D software is suitable for QA processes of VMAT and ordinary IMRT plans. However, this software can not detect output variation and is not recommended for split large field IMRT plan.