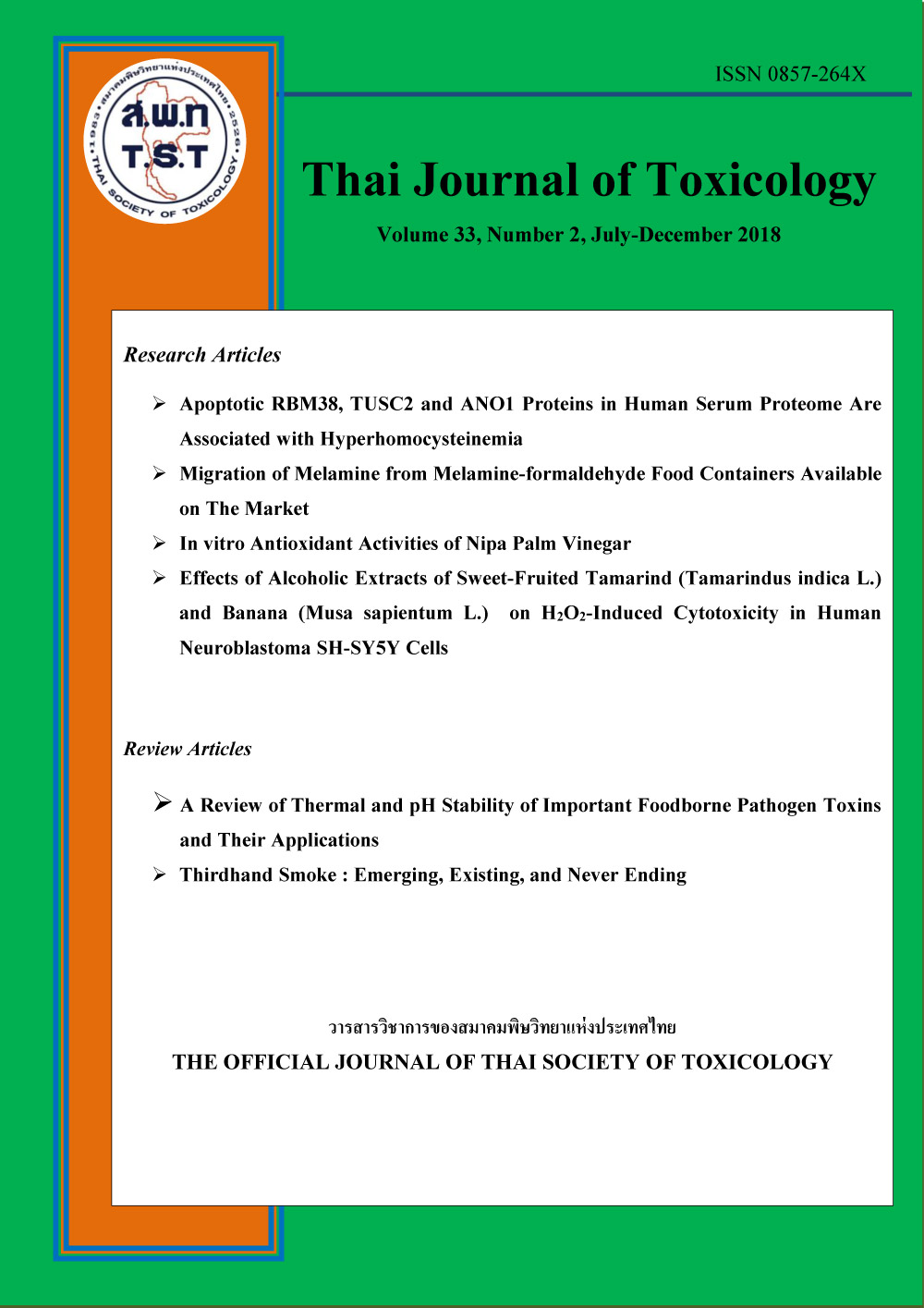 Thirdhand smoke is defined as substances generated by the combustion of cigarettes contaminated on different surfaces in the environment and on the body after smoking. Exposure routes include ingestion, dermal absorption, and inhalation. There is limited number of evidences on human health effects of thirdhand smoke. It has been reported that nicotine from cigarette smoke reacts with air pollutants (ozone and nitrous acid) resulting in the formation of a group of chemicals called tobacco-specific nitrosamines (TSNAs). Some of chemicals in this group are human carcinogens, i.e. N'-nitrosonornicotine (NNN) and 4-(methylnitrosoamino)-1-(3-pyridyl)- 1-butanone (NNK). Thirdhand smoke detection in the environment can be done by collecting dust samples to analyze nicotine and TSNAs. In terms of exposure assessment, determination of cotinine and NNK ratios in urine is an interesting method for differentiating nicotine exposure between secondhand and thirdhand smoke. At present, there are legal measures to protect non- smokers, but it does not cover thirdhand smoke. Educating and raising awareness of smokers about health effects of thirdhand smoke to the smokers themselves and their family members should be provided. That may lead to a reduction and cessation of smoking as well as declined morbidity and mortality from smoking.