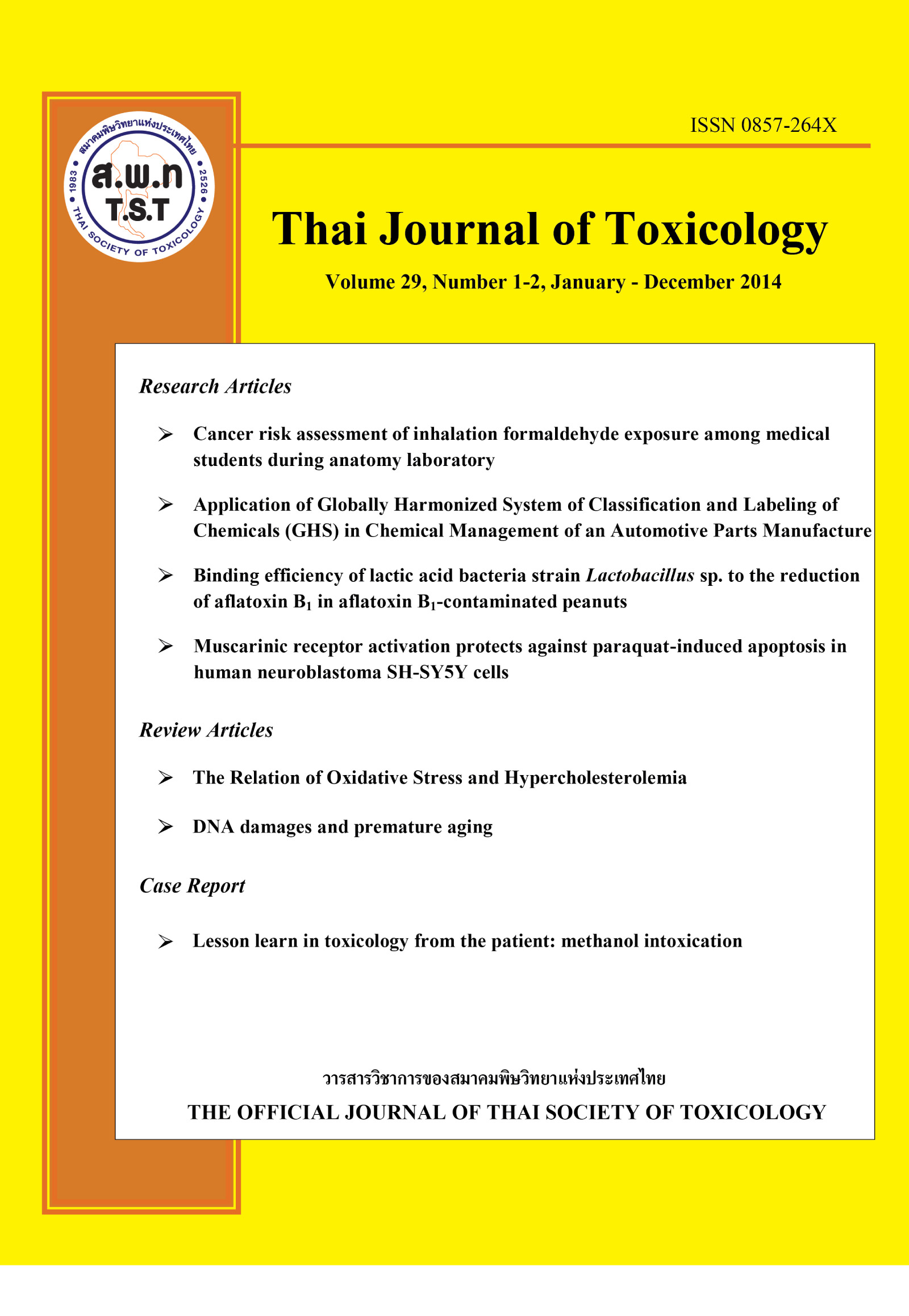 Formaldehyde (FA) is a useful chemical fortissue fixation, such as embalming cadaversfor anatomical study; however, it also poses serious risks to human health. Thus, this study was conducted to evaluate such cancer and respiratory risks as a preventive and control measurement. The ambient FA of inhalation exposure was collected 3 times during an anatomy laboratory (lessons of the back, upper extremity, and lower extremity) with solid sorbent tubes, which were then analyzed by GC-FID. The results were utilized to evaluate the potential cancer risk, based on EPA recommendations. Pulmonary function test was evaluated by in 30 medical students during 3 anatomy classes and the evaluation wasrepeated one year after the end of the class. The results revealed that the average ambient FA was 0.38 mg/m3 (0.15-0.95mg/m3). The average cancer risk among medical students was 3.84×10-7. These data were within the acceptable level of the EPA recommendation. The pulmonary function showed a decrease while attended the anatomy classes and statistically significant increase after no exposure for one year. In conclusion, the FA exposure level of medical studentswas within the acceptable limits of cancer and respiratory disease. However, it is essential tomonitor and evaluate the health status medical staffwholong-term exposed to FA.