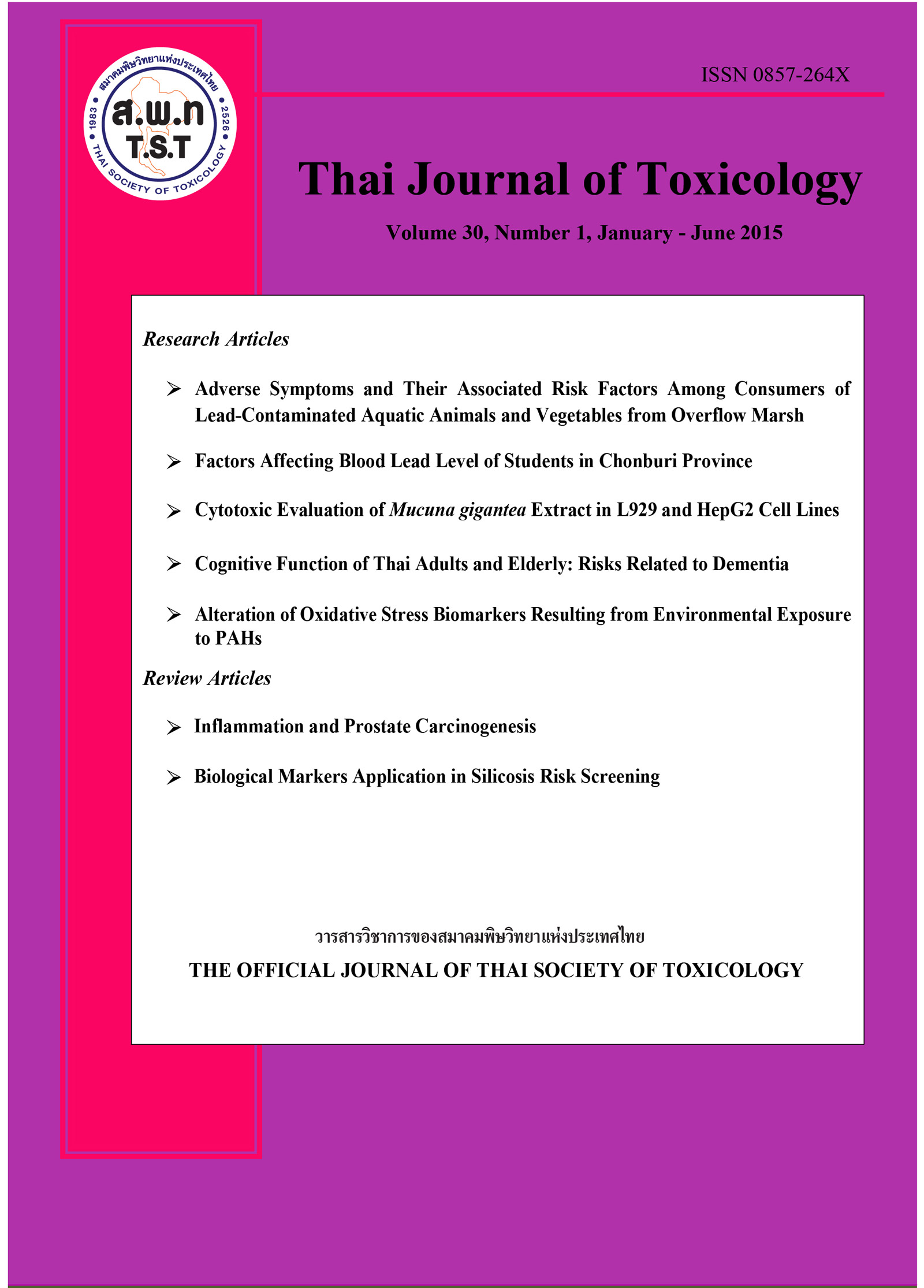 Parkinson’s disease (PD) is a neurodegenerative disorder which affects movement abilities. The symptoms of PD mostly include bradykinesia, rigidity, tremor, and postural instability. A deficiency of dopamine in the substantia nigra is the main cause of the characteristics in PD. Currently, PD is symptomatic treated using drugs to increase dopamine levels. Mucuna species have been used to alleviate PD symptom. Mucuna gigantea (Willd.) DC. (mucuna) is known to contain natural levodopa (L-DOPA), which is related to the L- DOPA precursor used in elevating dopamine levels for PD treatment. It is interesting to develop a new natural product from this kind of plant in order to relieve PD symptoms. Thus, this study aimed to evaluate cytotoxicity of the seed extract of mucuna in mouse fibroblast (L929) and human hepatocellular carcinoma cell lines by MTT (3-(4, 5-Dimethylthiazol-2- yl)-2, 5-diphenyl tetrazolium bromide) assay. The IC50 values of the extract were higher than 5 mg/kg in both cell lines. The result indicates that mucuna seed extract was “potentially nontoxic agent”. This extract is worth to further assess its toxic effect in animal prior to develop as a nutraceutical product for relieving the symptoms of PD.