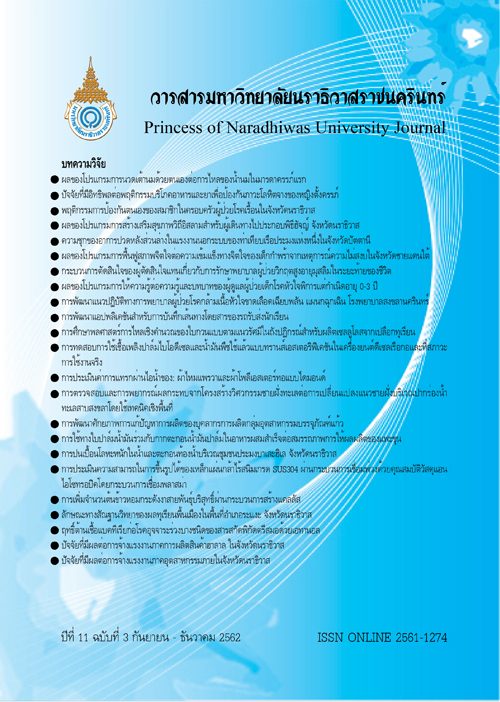 This quasi-experimental study aimed to examine the effects of a mental health rehabilitation program on resilience in orphans from the unrest situation in Southern Thailand. Purposive sampling was used to select 60 orphans aged between 12 and 18 years who were studying in high schools in the academic year 2017, whose hometown was Muang district of Pattani province, and who had suffer from the unrest situation in Southern Thailand. Thirty orphans were randomly assigned to the experimental group and thirty to the control group. The research instruments included:  1) a general information questionnaire, 2) the mental health rehabilitation program, consisting of four sessions lasting 60– 90 minutes each, and provided once a week, and 3) the resilience questionnaire, which was examined for content validity by three experts and yielded the reliability with a Cronbach’s alpha of .88. Data were analyzed using frequency, percentage, mean, standard deviation, chi-square, paired t-testand independent t-test.

The results showed thatafter attending the mental health rehabilitation program, the experimental
group had a significantly higher mean score of resilience (.05 level) than before. Therefore, it is ecommended
that health personnel or healing team uses the program to increase resilience among orphans from the unrest situation in Southern Thailand.

Barker, P. (2001). The Tidal Model: developing and empowering, person-centred approach to recovery with in psychiatric and mental health nursing. Journal of Psychiatric and Mental Health Nursing,8, 233-240.

Furiya, B., Vineekarn, K. & Thanomsri, I. (2015). The results of the grant program customer-centered group counseling with the use of art on the stress of orphans from the unrest situation in the south. Princess of Narathiwat University Journal, 7(1), 15-24.

Grotberg, H. (1995). A guide for promoting resilience in children: Strengthening the human spirit. The Hague: The Bernard van Leer Foundation. Available from http//ressilnet.uiuc/library/rotb95.html.

Juthamas, S., Vineekarn, K.& Wandee, S. (2016). The results of the program group learning in the management of mental crisis on mental health of adolescents affected by the unrest situation in the south. Songkla Nursing Journal, 36(3), 131-149.

Pattani Social Development and Human Security Office. (2017). Information on orphans received The impact
of the unrest situation in the southern border provinces in Pattani Province. Search from http:// www.pattani.m-society.go.th/ 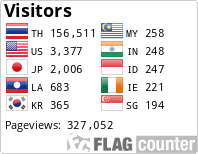