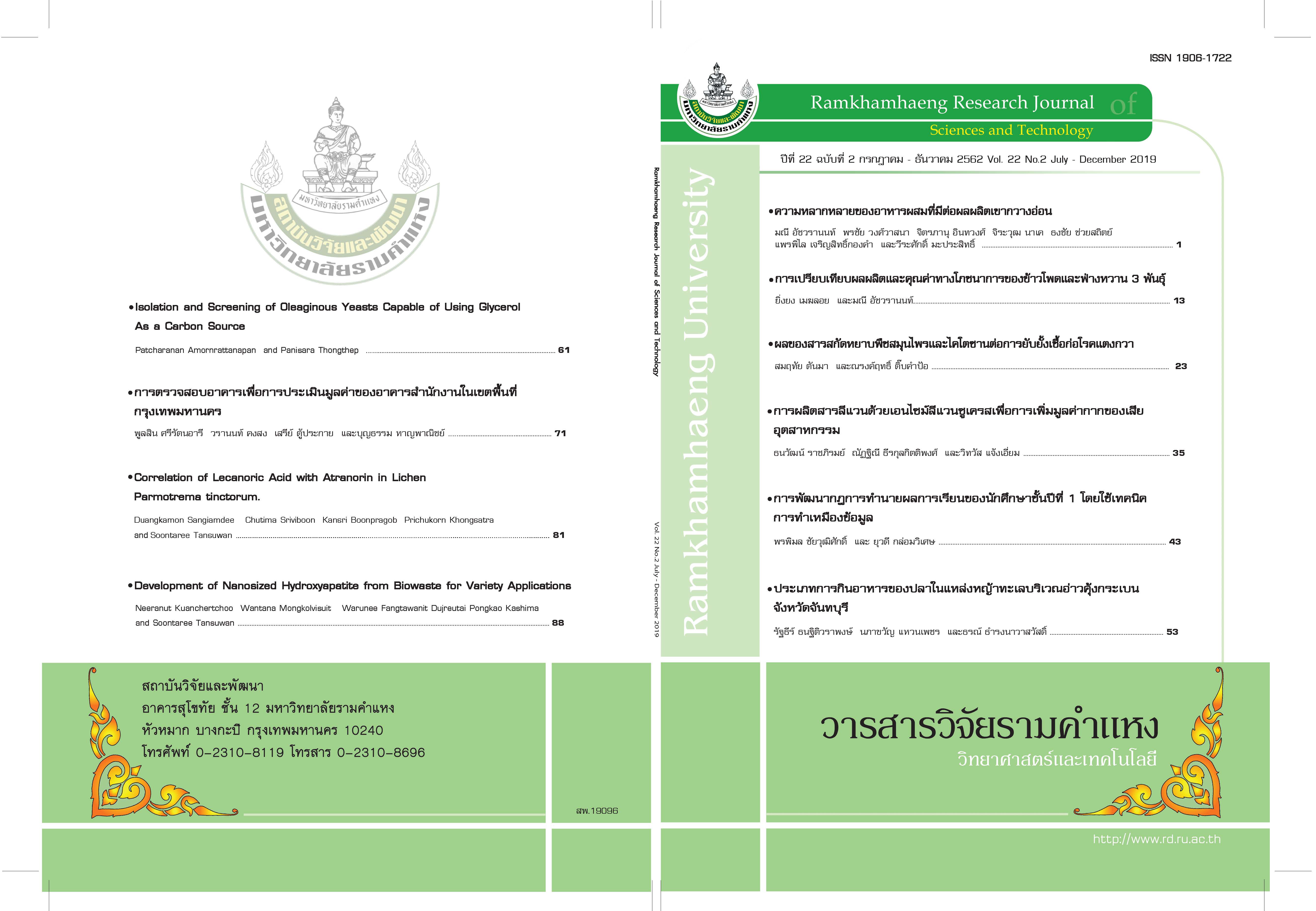 Plants in the cucurbitaceae family have been widely cultivated in Thailand i.e. cucumber, watermelon, melon, cantaloupe, pumpkin and bitter gourd. The major problem in cucurbitaceae cultivation is the plant pathology outbreaks which cause substantial economic damage. The cucurbitaceae epidemic plant disease is caused by three types of pathogens: Watermelon mosaic virus-2 (WMV-2), Potyvirus and Acidovarax avenae subsp. citrulli (Aac). Chemicals therefore are wildly used in the cultivation of these plants. In this research investigation, the researchers studied the use of crude extracts from herbs and chitosan to inhibit plant pathogens in cucumbers. Cucurbits-3 in 1 easy kit (NSTDA) was used to detect the inhibitory effect on the cucumber leaves obtained from the experimental planting plot which had been sprayed with biological substances for thirty days. The result showed that the mixture of chitosan and Siam weed (Chromolaena odorata) extracts was efficient in inhibiting all three types of pathogens and the cucumber leaves did not show signs of infection. The mixture of chitosan and neem leaf (Azadirachta indica) extract and the mixture of chitosan and guava leaf extracts showed a positive effect on Potyvirus and the plant leaves showed signs of infection with yellow-brown spots on the leaves.  Cucumber leaves sprayed with chiosan only were found to exhibit negative effects on all three types of pathogens. Plant leaves were damaged by insect bites. The study of the chemical components of the chitosan solution and Siam weed extracts using the GC-MS technique found that the major substances were Acetic acid, Ethanol, Propanol, 2-methyl, Acetone and Butanal, and 3-methyl. The basic study found that the components of chitosan solutions and Siam weed extracts exhibited efficiency in inhibiting the three types of pathogens in cucumbers and could prevent insect pests when compared with the use of chitosan only.