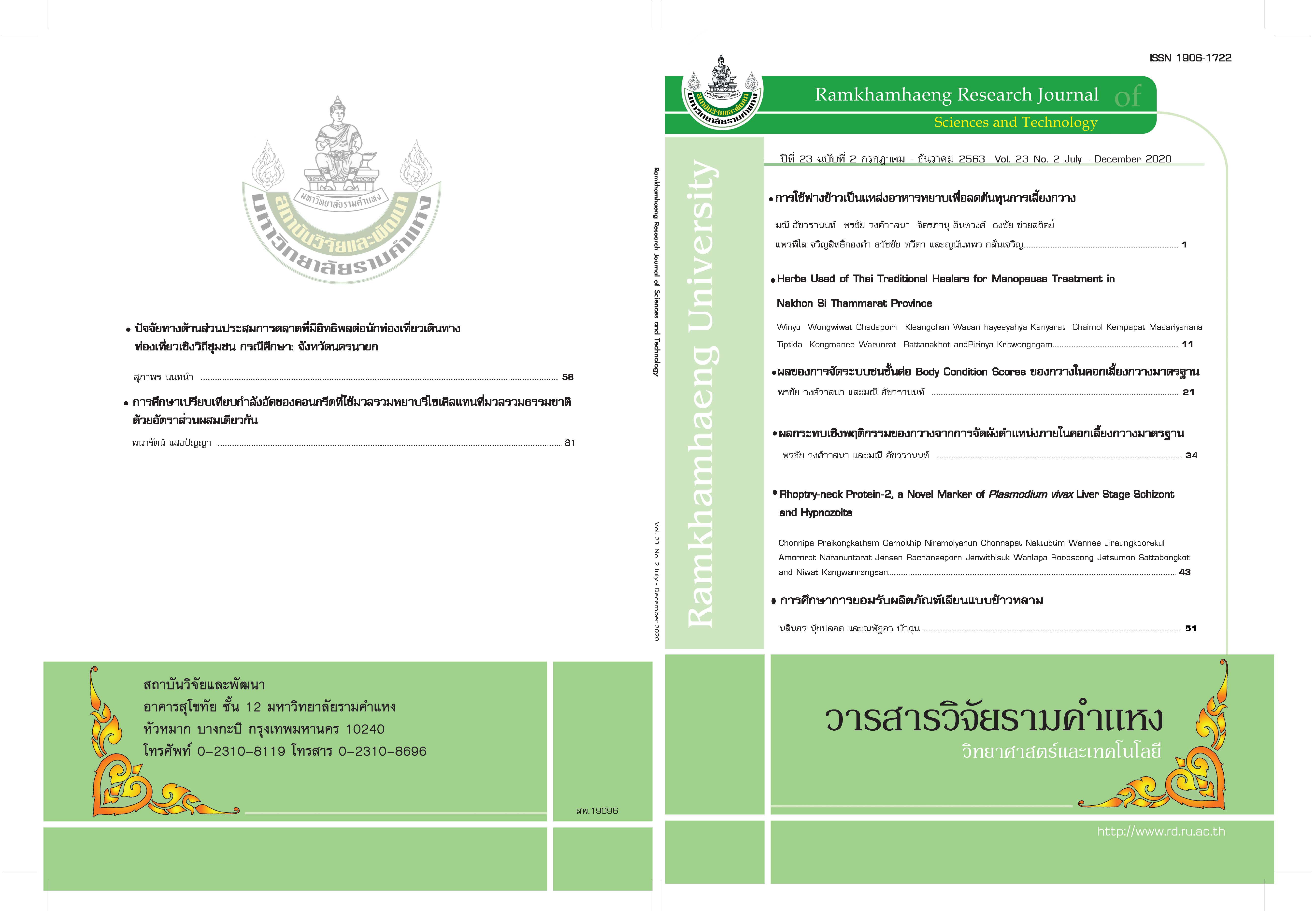 Glutinous rice roasted or Khao Lam is a popular food that is eaten as a dessert. It has a sweet taste with the main ingredients that are glutinous rice and coconut milk; black bean in some recipes. Because Glutinous rice roasted in bamboo joints or khao lam is popularly consumed as a dessert. It has a sweet and nutty taste with the main ingredients of glutinous rice and coconut milk. Some recipes also include black beans. Khao Lam is flavorful so it is consumed in large quantities. However, the frequent consumption of khao lam may result in obesity, high blood cholesterol, diabetes, or high blood pressure. More people nowadays pay attention to their health. The researcher therefore developed khao lam kala (khao lam in coconut shells) for health using riceberry as the main ingredient. Stevia was used as the sweetener instead of sugar. Fat-free milk was used instead of coconut milk. Khao lam kala for health yielded low energy and was different from other khao lam. In this experimental development research, mix fruits with low calories were used as ingredients in the production of different flavors of khao lam with coconut shells as containers for roasting. The survey using a questionnaire to elicit the level of satisfaction with khao lam kala was conducted with thirty members of a sample population of fifteen males and fifteen females found the following. The members of the sample population in the Phoenix Park Housing Estate exhibited satisfaction at a high level (M = 4.5, S.D. = 0.72). They found that the product packaging was novel and the flavors were tasty. The recipes and ingredients were different from those offered in the markets. The price was appropriate and the product was a healthy alternative to the traditional khao lam.