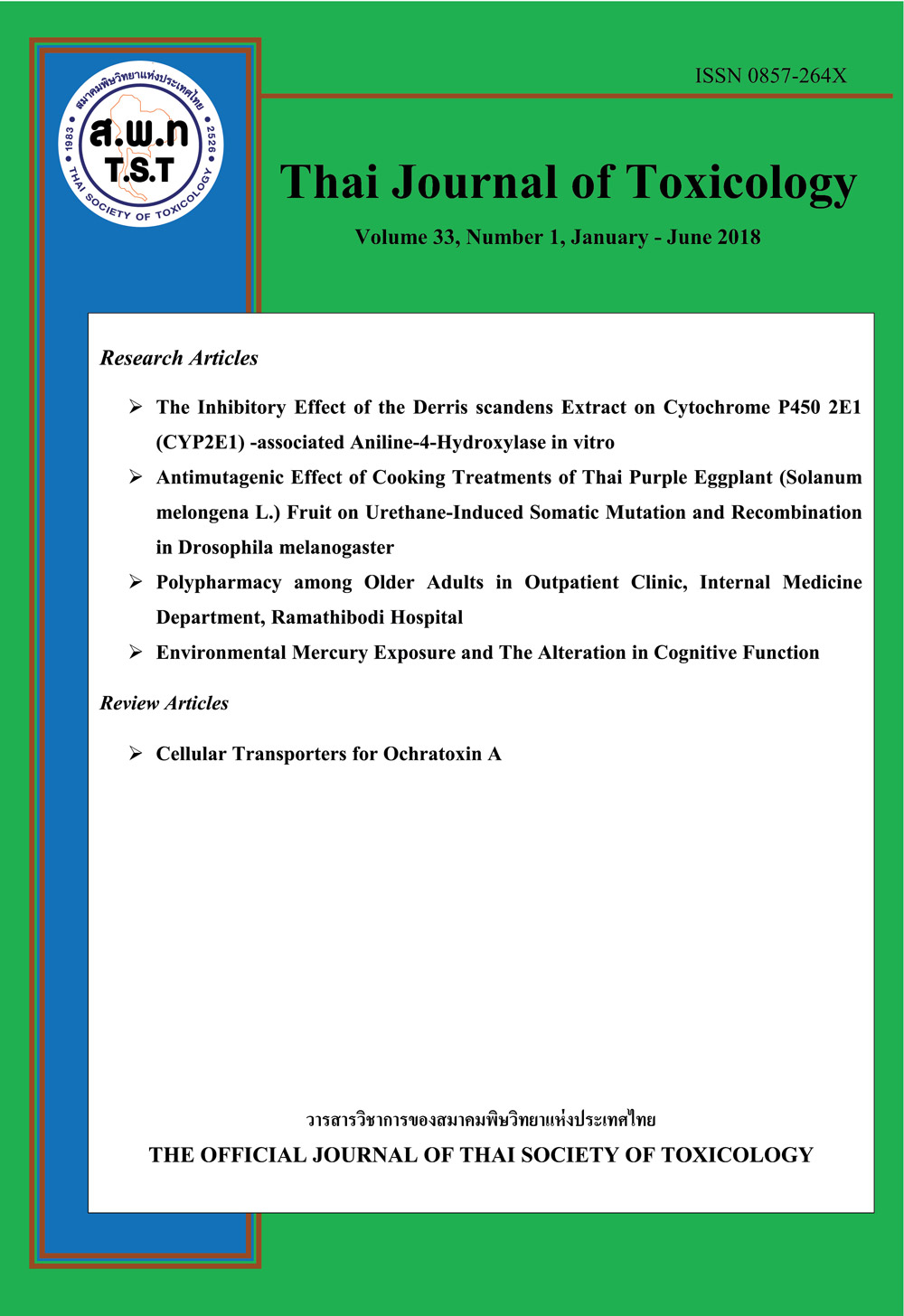 Eggplant fruit is a good source of antioxidant and stimulate the detoxification of electrophiles. Here, we investigated the effects of raw and cooking processes of Thai round purple eggplant fruit (Solanum melongena L. ‘Ma Khuea Muang Glom’) against urethane- induced mutagenesis in Drosophila melanogaster. Raw sample was cut into small-thin pieces and divided into two portions; the first one was lyophilized and kept as an untreated control. The second portion was steamed and lyophilized; the half of it was kept as the steamed sample and the other one was fried in palm oil, served as the fried sample. We found that both untreated and treated samples had antioxidant activities and contained total phenolic contents. Steaming with/without frying resulted in increasing of antioxidant activity and total phenolic contents compared with those of the raw lyophilized one. For mutagenic approach, an experimental Drosophila medium containing mixture of standard medium powder and lyophilized sample (1:0.25, 1:0.5, or 1:1 w/w) and 2 ml of distilled water or 20 mM urethane were prepared for mutagenic or antimutagenic evaluations of the samples, respectively. Trans- heterozygous larvae (mwh flr+/mwh TM3) were transferred to the appropriate medium. The wings of surviving flies were analyzed for occurrence of mutant spots. None of the samples was mutagenic. Eggplant expressed its antimutagenicity in this experiment; along with urethane treatment, the samples could reduce the number of total induced spots per wing. Bioactive components of eggplant, possibly polyphenols, might inhibit bioactivation of urethane. It was noted that cooking treatments could increase antimutagenesis of the samples depending on types of treatment.