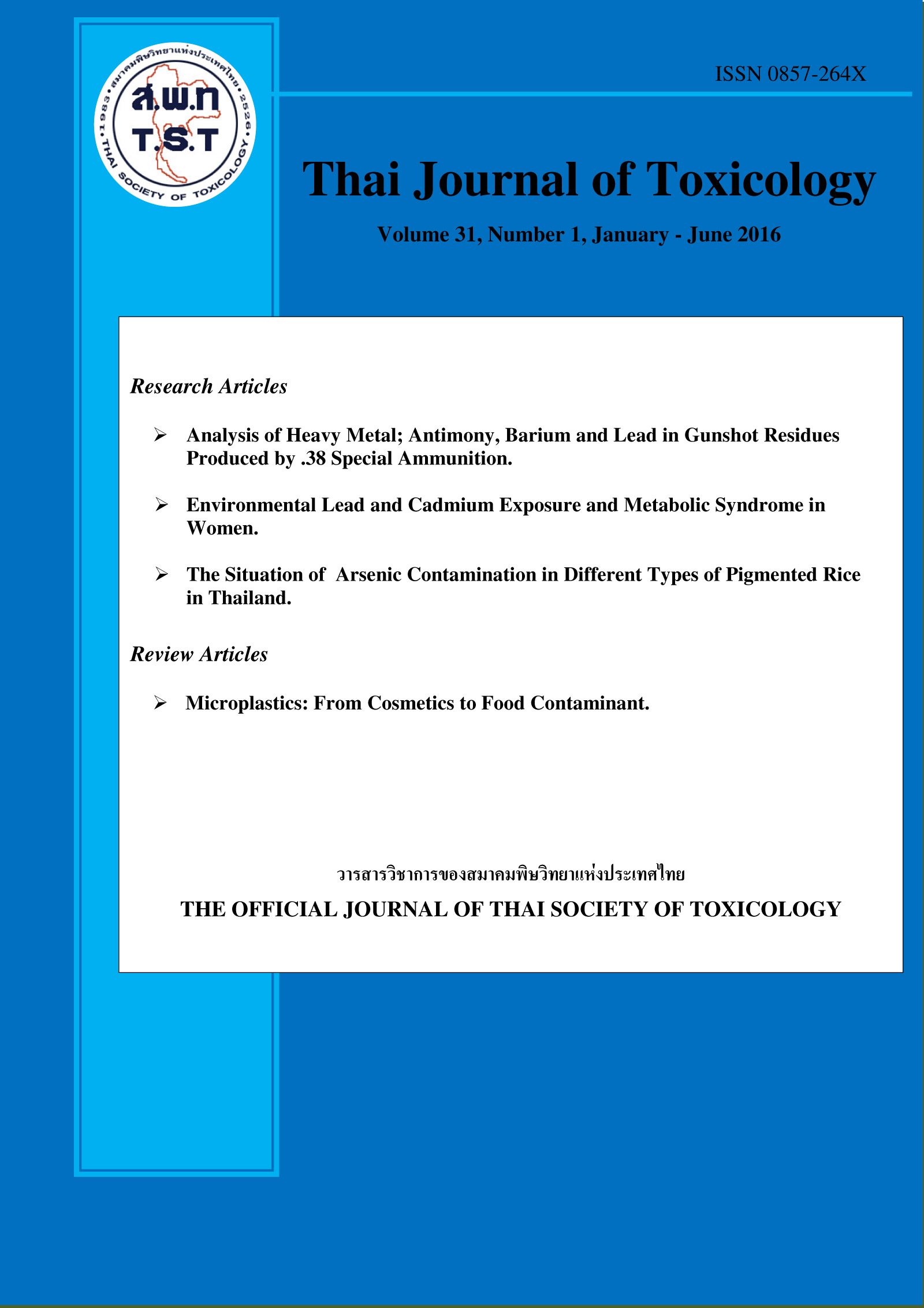 All over the world are aware of the violence of natural resources and environment deterioration from microplastics contamination. Several countries in America and Europe have campaigned against using cosmetic products containing microplastics or microbeads nowadays. US bill currently bans the rinse-off cosmetics that contain intentionally-added plastic microbeads, follow upon the Microbead-Free Waters Act 2015. From 1970s to present, there are many research studies showed the evidence on microbeads and other microplastics (tiny plastic particles up to 5 mm in diameter) contamination in marine. The route of microbeads contamination is not filtered out by the sewerage system, but it run straight into marine environment. Moreover some of low density microplastics, i.e. microbeads, float on sea surfaces together with plankton are then eaten by marine animals at higher trophic levels. Many previous studies reported that this route could transfer the microplastics or microbeads from the marine animals to human in the food web. In addition to plastics itself contain toxic ingredients and can release toxic chemicals during plastic degradation. These could be more toxic than macroplastics contamination because of small particles and more surface area exposure.