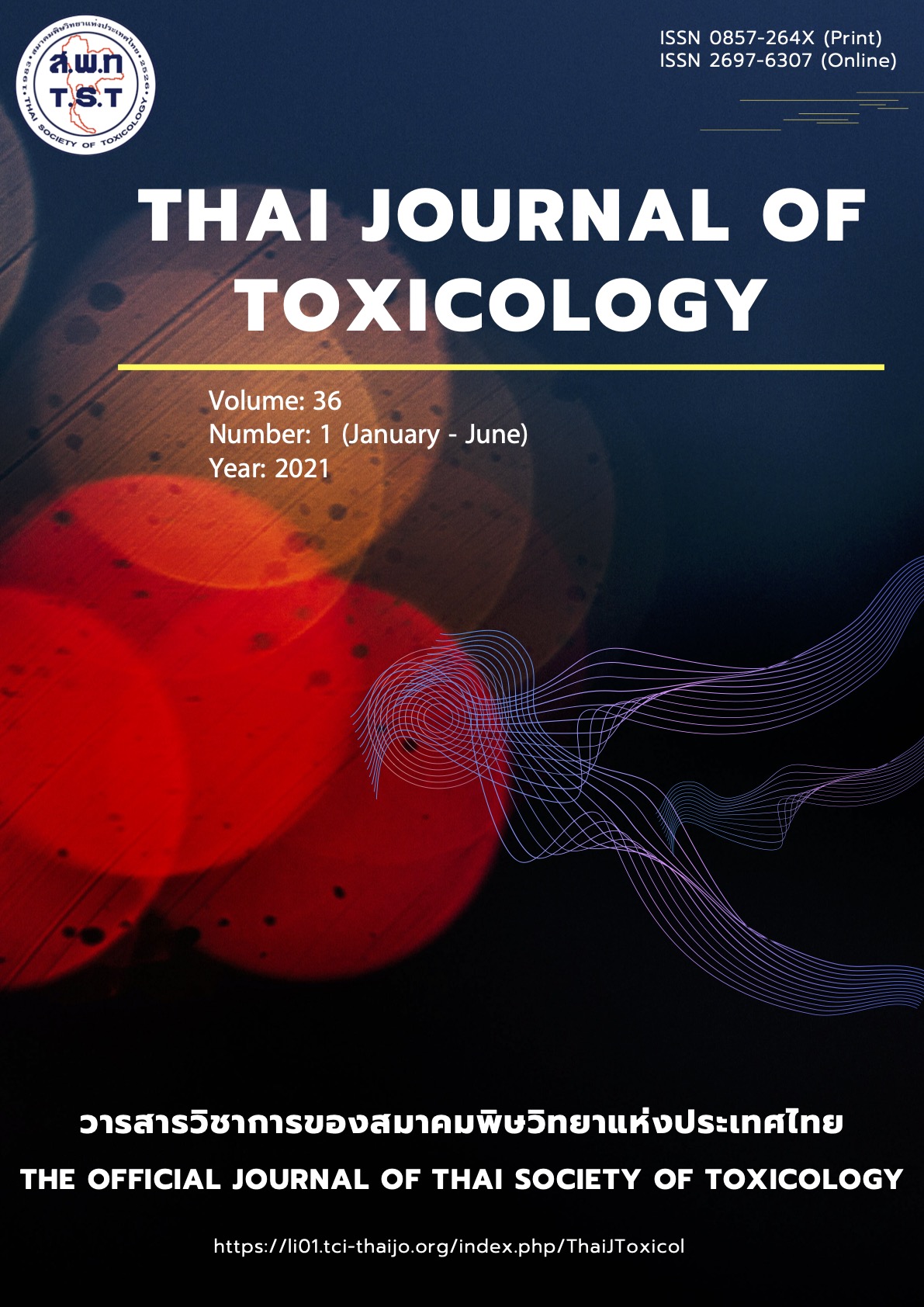 Low/No calorie artificial sweeteners are ubiquitous in many foods and beverages, however their actual consumption by the population remains largely unknown. The present study was conducted from June 2015 until May 2016 in Bangkok and Suphun-Buri province. Semi-quantitative food frequency questionnaire and photobook related to sweeteners containing in foods and beverages, which were sold in the market at that period of times, were used for collecting the consumption data in 1620 Thai participants with age 3 to over 60 years. A point estimation approach was applied to estimate exposure to aspartame, acesulfame-K, and sucralose. The resulting estimated daily intake (EDI) then were compared with the acceptable daily intake (ADI) of each sweetener established by the JECFA. For per capita, the highest EDI for mean consumer of all sweeteners were found in the age group of 3-9 years (3.23% of ADI for aspartame, 10.9% of ADI for acesulfame-K, and 4.07% of ADI for sucralose). For eater only, the highest EDI of these sweeteners were also found in the age group of 3-9 years (13.3%, 32.8%, and 17.7% of ADI for aspartame, acesulfame-K and sucralose, respectively). The main source of sweeteners in this study was soft drinks. In order to protect consumer health, even though, the EDI of the sweeteners were far below the ADI, the process of risk assessment must be regularly performed as a part of monitoring and surveillance program.