The Development of Holistic Nursing Model for Mental Health Care of the Affected Individuals from the Unrest Situation in Nomg Chik District, Pattani Province

This research is a research and development (R & D) aiming to develop and study the effectiveness of a holistic nursing model to heal the mind affected individuals from the unrest situation in Nong Chik District, Pattani Province. The research was conducted during January 2018 to March 2019. The subjects were 30 people affected by the unrest situation in Nong Chik District, selected using purposive sampling technique. The tools used to collect data which consisted of Personal information questionnaire, PISCES-10 test, Happiness self-assessment test, Quality of life test, Feasibility evaluation form for applying, Satisfaction ruler and Cost data questionnaires. Data were analyzed using descriptive statistics and paired t-test statistics.

The results of the research were as follows: 1) the holistic nursing model was developed based on Deming cycle framework (PDCA) integrated with the nursing process, the concept of development of a holistic quality of life and the concept of mental health care for the mind affected individuals from the unrest situations in 3 southern border provinces. The holistic nursing model consisted of 4 circuits: Analysis plan, Development of model, Test the model and Evaluation and 2) the effectiveness of the holistic nursing model for psychological treatments; mental symptoms, cost, happiness level and quality of life were revealed. After treatments, the individuals had lower scores of PTSD, depression and grief (t = 8.469). The cost was reduced (t = 29.682); however, the average score of happiness (t = 2.714) and the average score of quality of life (t = 2.994) were increased, with a statistical significance of .05.

This was suggested that, the holistic nursing model of psychological healing should be used in other unrest areas of 3 southern border provinces and with other vulnerable target groups.

Published
2020-09-15
How to Cite
Wangthong, A. (2020). The Development of Holistic Nursing Model for Mental Health Care of the Affected Individuals from the Unrest Situation in Nomg Chik District, Pattani Province. Princess of Naradhiwas University Journal, 12(3), 19-43. Retrieved from https://li01.tci-thaijo.org/index.php/pnujr/article/view/228529
Download Citation
Issue
Vol. 12 No. 3 (2020): กันยายน-ธันวาคม 2563
Section
บทความวิจัย 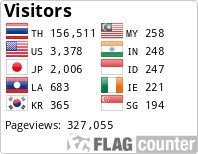