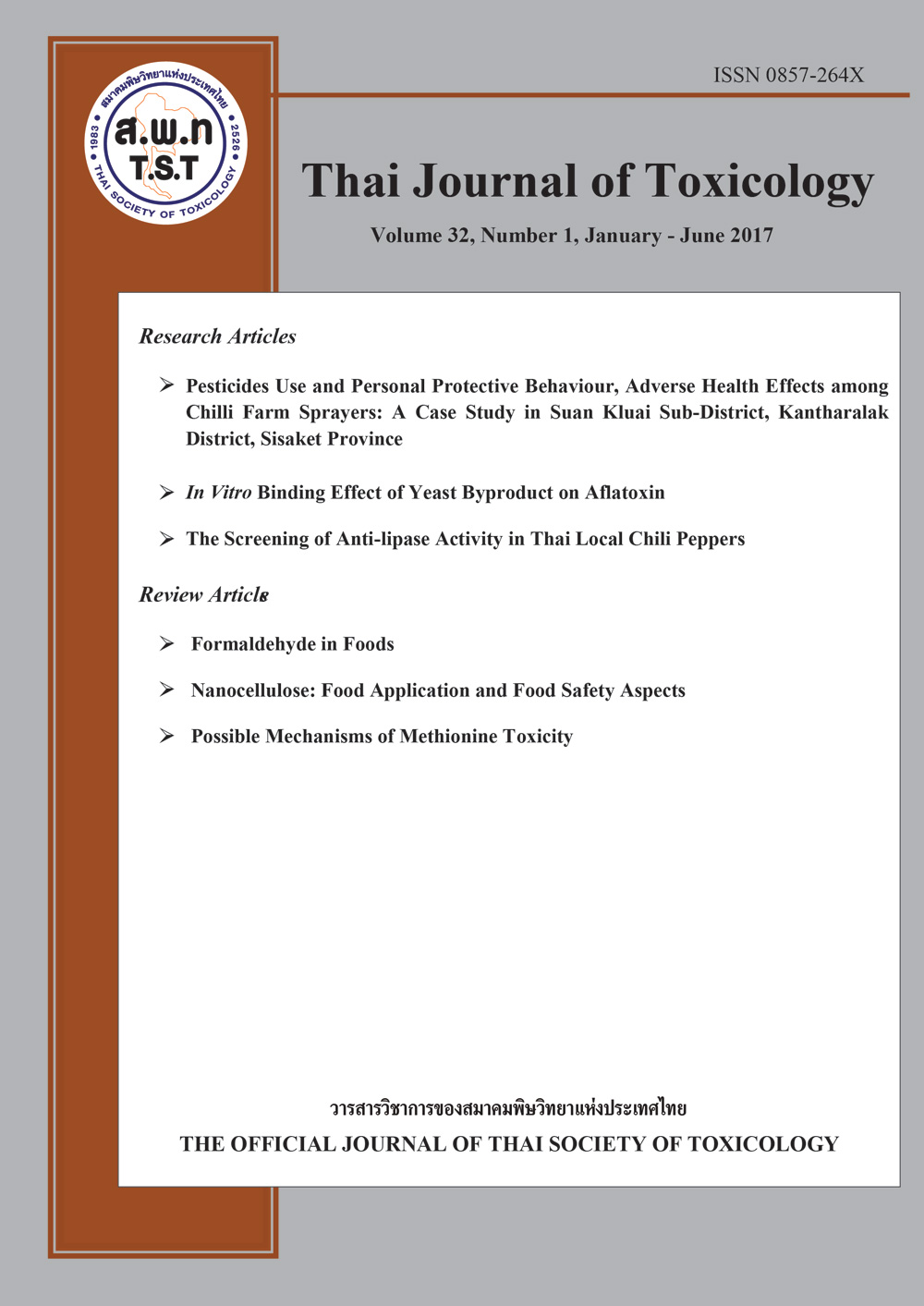 Formaldehyde or formalin is known to be a carcinogen by IARC classification. There was sufficient evidence for the carcinogenicity of formaldehyde, based primarily on its association with nasopharyngeal cancer. For Thailand, formaldehyde was classified in type 2 hazardous substance according to Hazardous Substance Act B.E.2535 and is not allowed to use in food according to Food Act B.E.2522. Formaldehyde is usually used in industry as raw material in plastic, coating, textile and chemical production. For medication purpose, it is used as disinfectant and fixation. Furthermore, it is utilized as fumigant and pesticide in agriculture. However, entrepreneurs add it in food for increasing the weight of food and preserving freshness of rumen (cow’s stomach), crisp squid and fresh squid. The sources of formaldehyde are divided into 2 groups that are exogenous formaldehyde which is found in industrial production or occurs by natural and endogenous formaldehyde which is produced by cellular biochemical pathways in both animal and plant cells. The natural level of formaldehyde depends on types of organism. Especially in marine animal that has trimethylamine oxide to prevent loss of water from body. When they die, trimethylamine oxidase will change trimethylamine oxide to formaldehyde. Subsequently, the high level of formaldehyde will be detected. The amount of natural formaldehyde occurred in food should be studied and concerned about the risk of food contamination from formaldehyde in order to determine the index in country’s law and suggest the way to solve a problem related to the use of formaldehyde in food.