was number of time series data, and

. The correlation coefficient of this model was 0.98.

were forecasting and error values, respectively. The correlation coefficient of this model was 0.98.

3. The combined forecasting model was

were forecasting values form this model, Winters’ exponential smoothing model, and Box-Jenkins model, respectively. The correlation coefficient of this model was 0.98.

4. The most suitable forecasting method for this research was Winters’ multiplicative exponential smoothing method because it had the lowest mean absolute percentage error (MAPE = 16.40), which was less than that from Box-Jenkins method (MAPE=19.10) and combined method (MAPE=17.50). 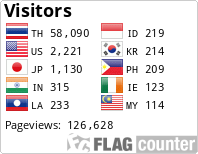