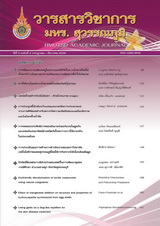 Irritation with flea is one of the main cause in relevant to dog healthy. The aim of this study was to use garlic as a repellent for getting rid of those parasites. Four hundred grams of garlic crushed in fresh preparations were dropped onto the ground in the area (3 ½ X 2 Feet) of each dog-raising every other day in the 1st week, two other day in the 2nd, 3rd week and three other day in the 4th week. Three dogs (mixed breed, gender, similar age), large (30 kg), medium (12 kg) and small (8 kg)–sized, raised in the same environment were used in the experiment. Number of fleas, levels of skin appearances and levels of hair proliferation (the both latter designed in five categories) were recorded on each area of each animal and evaluated by statistical analysis. In the first week, The number of fleas on the medium-sized and the large-sized dogs were mostly on the head/face, neck, middle back, left body, right body and the tail, whereas the four limbs had lesser of them. There was a reducing pattern of the number of parasites starting from the 2nd time of 1st week (neck, back, metacarpus) then much reduced in the 3rd time of the 1st week (both front and hind limbs) and the 2nd week (head/face) until to the 6th week (neck, left front limb) (p<0.05). However, the small-sized dog had very few number of fleas comparing to those of the other two (p<0.01). The tails had more or less of number of fleas during the experiment and had a difficult tendency to decrease the number of fleas in the 10th week (p<0.05). For the skin appearance, it was found that the small-sized dog had the worst of it (4th, 3rd and 2nd level); severe inflammation in the head/face, neck, body and limbs, meanwhile, the medium-sized and large-sized dogs had only the 1st-2nd and the 0-1st level of skin lesion, respectively. This might be that the small-sized dog had an allergy to the flea and showed this impact in severity. Nevertheless, the skin lesion had a decreasing pattern similar to that of number of fleas. The lower the number of flea was, the better the skin appearance showed. This was clearly seen in the 2nd, 3rd time of the 1st week (on the neck) (p<0.01), and apparently appeared in the 2nd (back, left body) (p<0.05) and the 6th week (the right body) (p<0.01). Similar result occurred to the hair proliferation; the hair on all of the most areas (head/face, neck, middle back, body, four limbs, feet and tail) slowly growing up in the 3rd time of the 1st week, then apparently appearing in the 2nd and 6th week (p<0.01) and finally nearly fully grown up hair occurring in the 10th and 16th week. The result indicated that the flea (both larva and adult) died because of close attach to the garlic, then the skin was in repair process and hair proliferation occurred. It was concluded that garlic could be used as repellent for flea control and treatment of skin disease in the 6th to the 10th week.