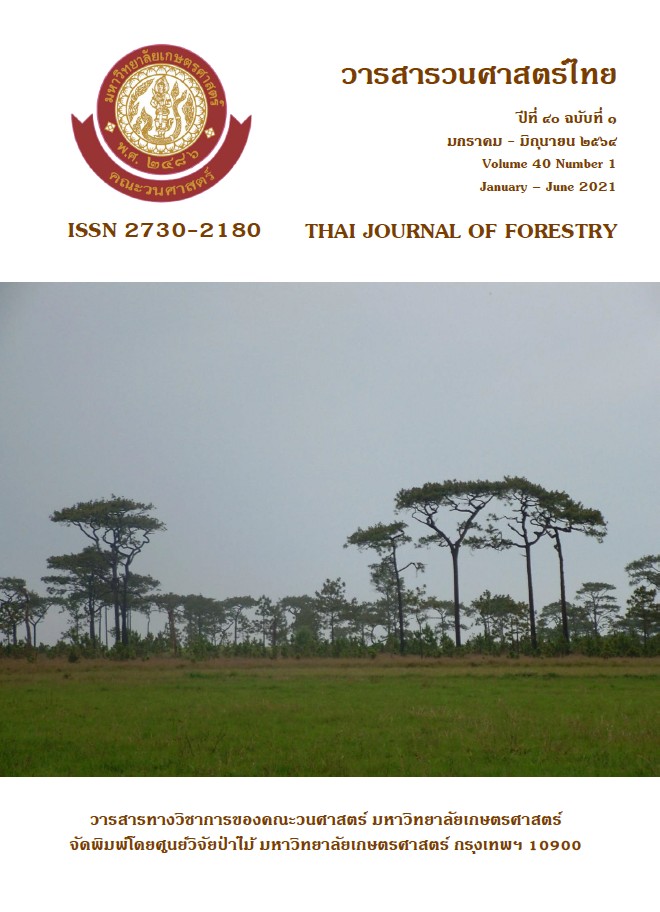 The objective of this study was to apply geo-informatics in the prediction of land use changes at the Phu Toei National Park. The visual interpretation classification technique was used to classify the land use during the years 1995, 2007, and 2019. Markov chain and Cellular Automata were then used as a tool to predict the land use in 2031.

Grainger, A. 1990. Modeling Deforestation in the Tropics 349 p., In: Deforestation or Development in the Third World Vol. III., Finish Forest Research Institute, Division of Social Economic of Forestry, Helsinki, Finland.

Land Development Department. 2003. The Data of Classification Land use type. Ministry of Agricultural and Cooperatives, Bangkok