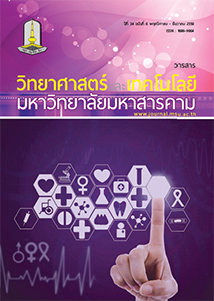 Plumbago indica Linn.(Rose-colored Leadwort) has been used in Thai traditional medicine as anthelminth, appetite stimulant, rubefacient, and abortifacient. Plumbagin,an active constituent of P. indica,has beenreported to be anti-inflammatory, immunosuppressive, abortifacient, and anti-cancer agents. In this study, methanolic crude extract of P. indica and plumbagin were examined for their effects on hepatic cytochrome P450 2e1 (Cyp2e1) and lung cytochrome P450 2f2 (Cyp2f2) in mice. The 7-week-old male ICR mice were daily intragastrically adminsiteredplumbagin (1, 5, and 15 mg/kg/day) or P. indica extract (20, 200, and 1,000 mg/kg/day)consecutively for 14 days. At 24 hoursafter the last treatment, total RNA was prepared form liver and lung. The expression of Cyp2e1 and Cyp2f2 mRNA was determined using RT real-time PCR.The expression of hepatic Cyp2e1 mRNA was significantly increased by plumbagin in a dose-dependent pattern whereas it was slightly increased byP. indica extract. The influence of plumbagin and P. indica extract on the expression of lung Cyp2f2 mRNA was nearly similar to those of hepatic Cyp2e1, though it was at the less extent. Plumbagin significantly induced the lung Cyp2f2 expression whereas P. indica extract slightly did. These observations suggested that plumbagin and the P. indica extract caused excessive ROS formation and mediated oxidative stress in the mouse livers and lungs. Therefore, the use of plumbagin and/or P. indica contained product as alternative medication is of caveat due to its hepatotoxicity and lung toxicity via the induction of oxidative stress-related Cyp2e1 and Cyp2f2.