Cassava is the forage that is high in protein in the leaves, trunk and graphite. The synthesis process of cyanide is self-defense of plants from insect damage, which was can be reduced by thermal processes. The evaluation of mathematical models for prediction of thin-layer cassava leaves drying for animal feed was aimed in this research under combined solar energy and hot-air convective dryer. Additionally, the mathematical models (Henderson and Pabis, Logarithmic, Two-Term) for describing the thin-layer drying
behavior was developed, which was conducted using four air temperatures (50, 70, 90, 110o C). Before the drying process, the cassava leaves are taken to aerate at surrounding air temperature for 0, 24, and 72 hr, respectively. The mathematical models were compared according to four statistical parameters, i.e. R, R2
, Adj, R2and residual error. The results found that the increase of drying air temperature was rapidly decreased of the moisture content and the moisture ratio, which was resulted on the increase of drying rate and decrease drying time. The drying air emperature and desiccated time had the greatest effect on the drying kinetics of cassava leaves. Out of the three models considered, Two term model was found to be the most suitable for describing the drying behavior of the cassava leaves. 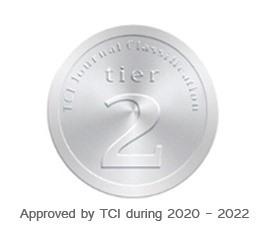