Bacteria were able to solubilize phosphate available to plant from insubilize phosphate such as tricalcium phosphate (Ca3(PO4)2), ferric phosphate (FePO4) and aluminum phosphate (AlPO4) that their effectiveness on promoting the plant growth. This research aimed to screen phosphate solubilizing bacteria from soil from plantation of rice, rubber, palm and vegetable in Nakhon Si Thammarat by Pikovskaya agar and test effectiveness of Phosphate solubilization in liquid media by Watanabe and Olsen’s method. The results showed that 17 isolates of phosphate solubilizing bacteria was obtained from all sources of soil. The most effective isolate was VP2 isolated from vagatable plantation gave higher solubilized activity (halozone of 15 mm). After that, the optimal conditions for VP2 growth and phosphate solubilization activity were studied by modified compostions of Pikovskaya medium (PVK medium) by conventional method. The optimal compositions of medium were contained with glucose 7.5 g/L as carbon source, (NH4)2SO4 6 g/L as nitrogen source, yeast extract 0.2 g/L and other composition of PVK medium. The physiochemical conditions were adjusted initial pH of culture medium at 6.0 or 7.0 and aeration rate of 2.0 vvm. Under the optimal condition, the maximum of VP2 growth and phosphate solubilization were 5.91 g/L DCW and 44.42 mg/L, respectively. 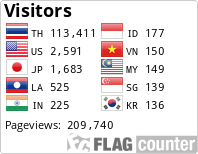